CONTEXT
The building of the new school, due to its size and function, will be, next to the two fortresses, the largest and most significant architectural element in Silver Mountain. In both cases we are dealing with buildings (complexes of buildings) that are far superior in scale to other architectural structures in the entire area. The fortresses, despite their enormity, do not overpower the landscape, but rather blend into it People who are unaware of their existence may not even notice them. The warmer it gets, the more trees cover them, the less of a fortress we see and the more of a hill. Thanks to this blending in, the fortresses dominate the surroundings, as is the case, for example, in Kłodzko, where the fortress is clearly visible in the entire city centre.

The school we are designing is a contemporary attempt at a similar integration into the landscape. The differences in height within the boundaries of the study make it possible for the new school building to fit into the terrain in such a way as to meet all the requirements necessary for the school to function well (sunlight, communication accessibility, cost-effectiveness of the solution, functional areas, etc.) while at the same time hiding a large volume. In this way, the new school can at the same time act as a clear sign in the local community without overwhelming the surrounding development. This is all the more important given that the surrounding development is largely single-family. The asymbolic abstractness of this sign allows for the multiplicity of interpretations and meanings that the mode takes on and evokes. Its reluctance to impose specific meanings is tantamount to tolerance of the other, without which democracy is impossible. Fitting in with the landscape is in keeping with contemporary thinking about the relationship between man and nature. The open character of the architecture corresponds to the open society for which it is intended. The requirement under the competition conditions to locate the main entrance to the school from Szkolna Street is of course functionally justified, but using a traditional building form for the new school building(s) and above all for the gymnasium building could lead to an imbalance in the scale of development. The single-family buildings on the west side would be dominated by the much larger volume buildings on the east side. The new buildings would also have to obscure the attractive view openings from the street.
The competition conditions also dictate that the utility entrance be located on the eastern side, which justifies this. The problem, however, is the utility access, which after all has to be brought up to the school building itself. Assuming that the utility access should not approach the single-family dwellings on the north side would mean that the paved utility area would split the school site crosswise, thus degrading it. 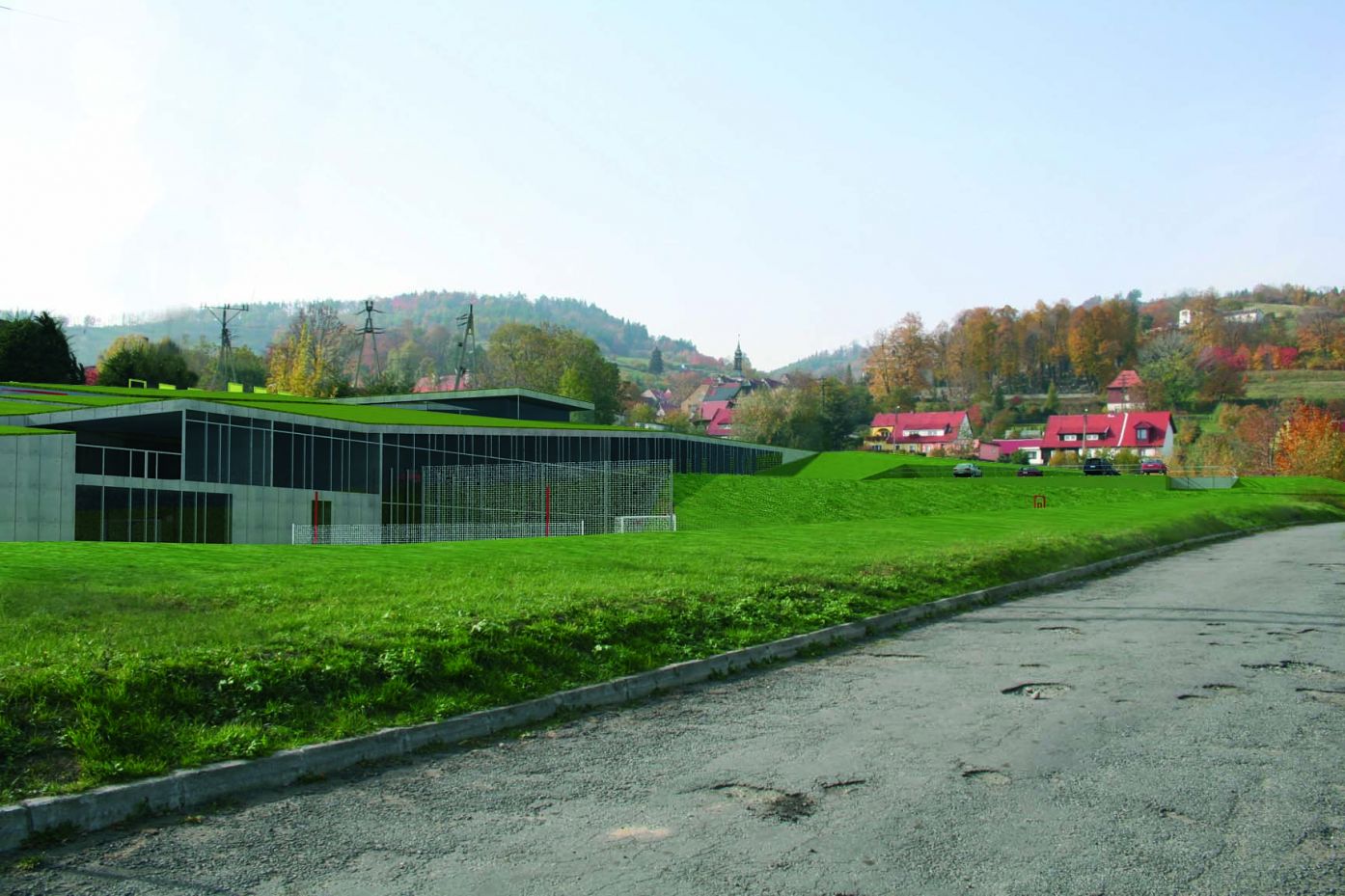 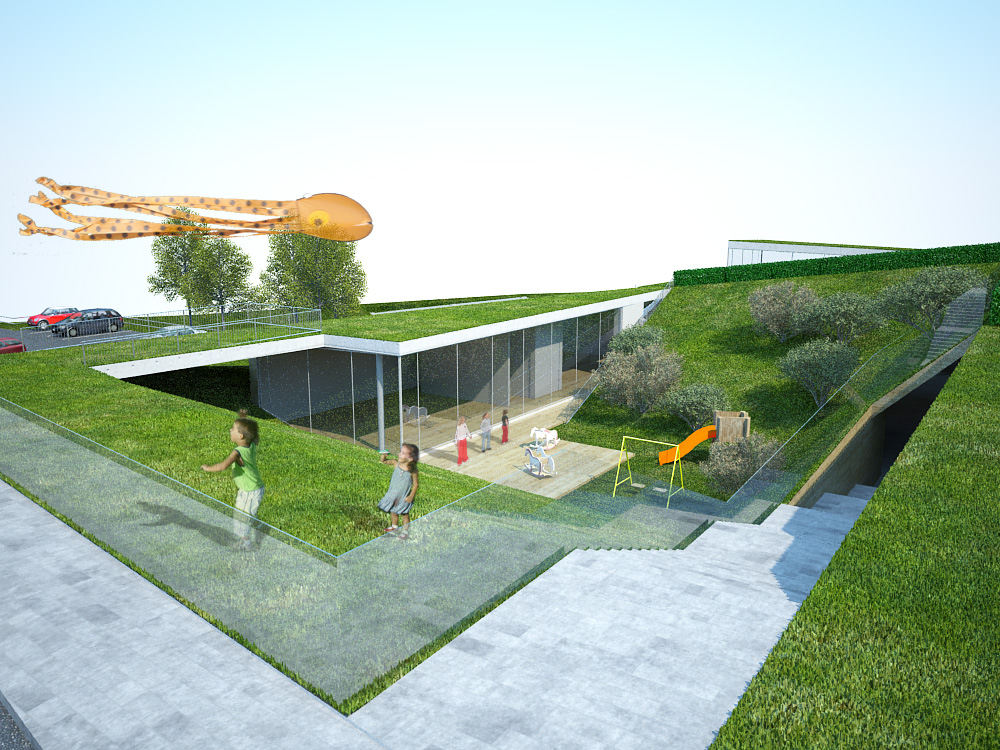 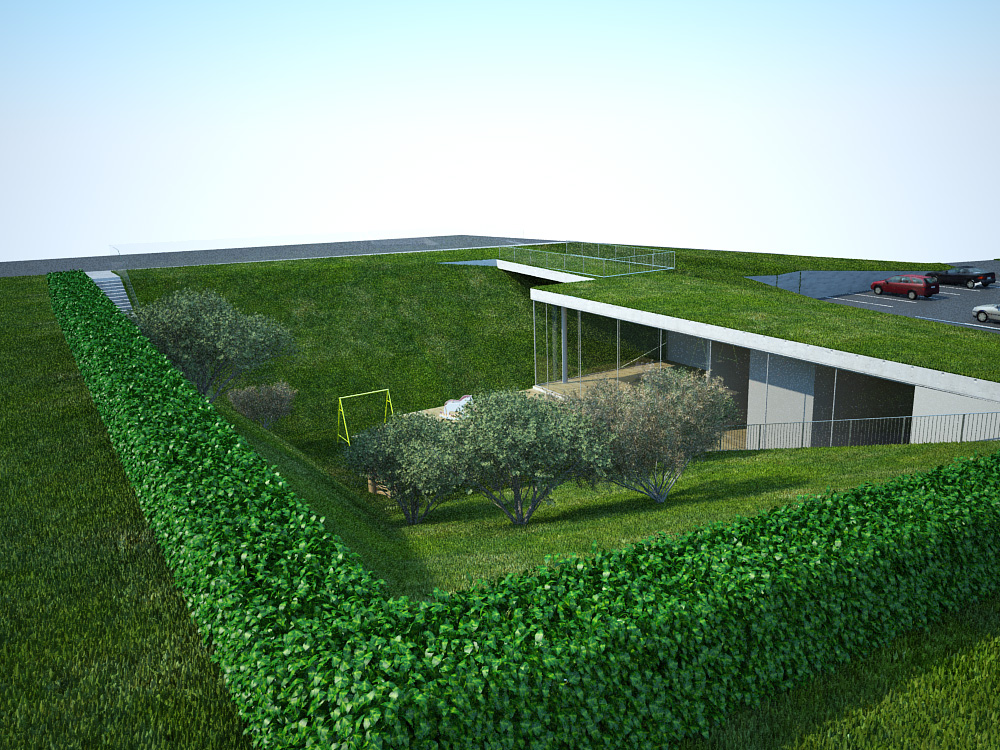 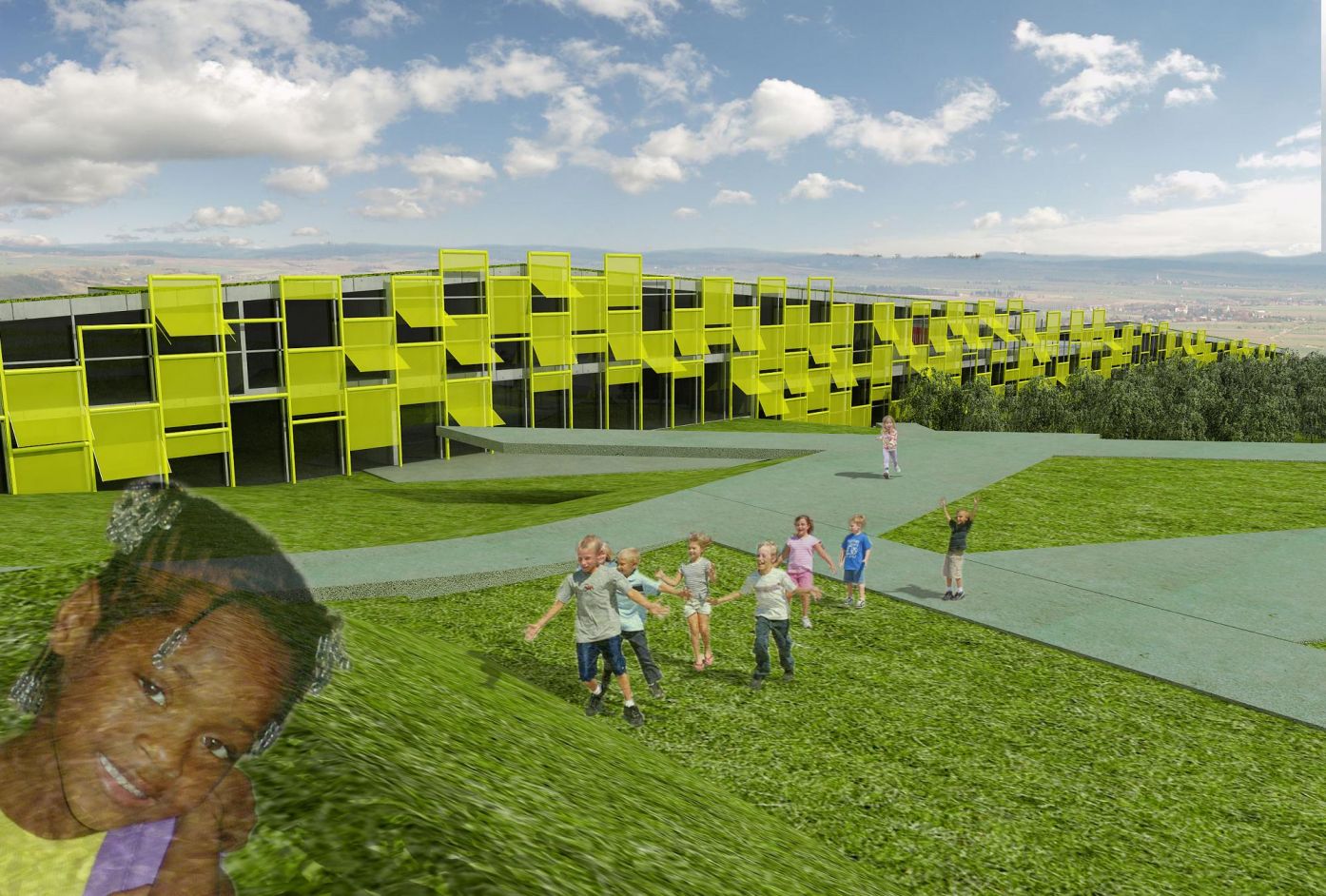 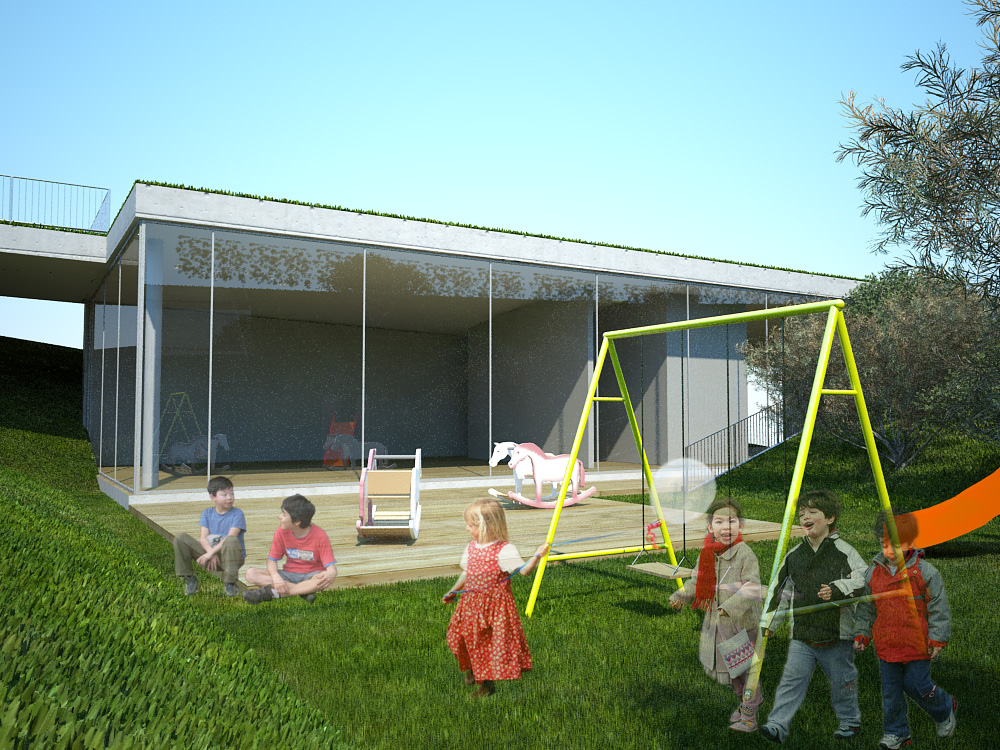 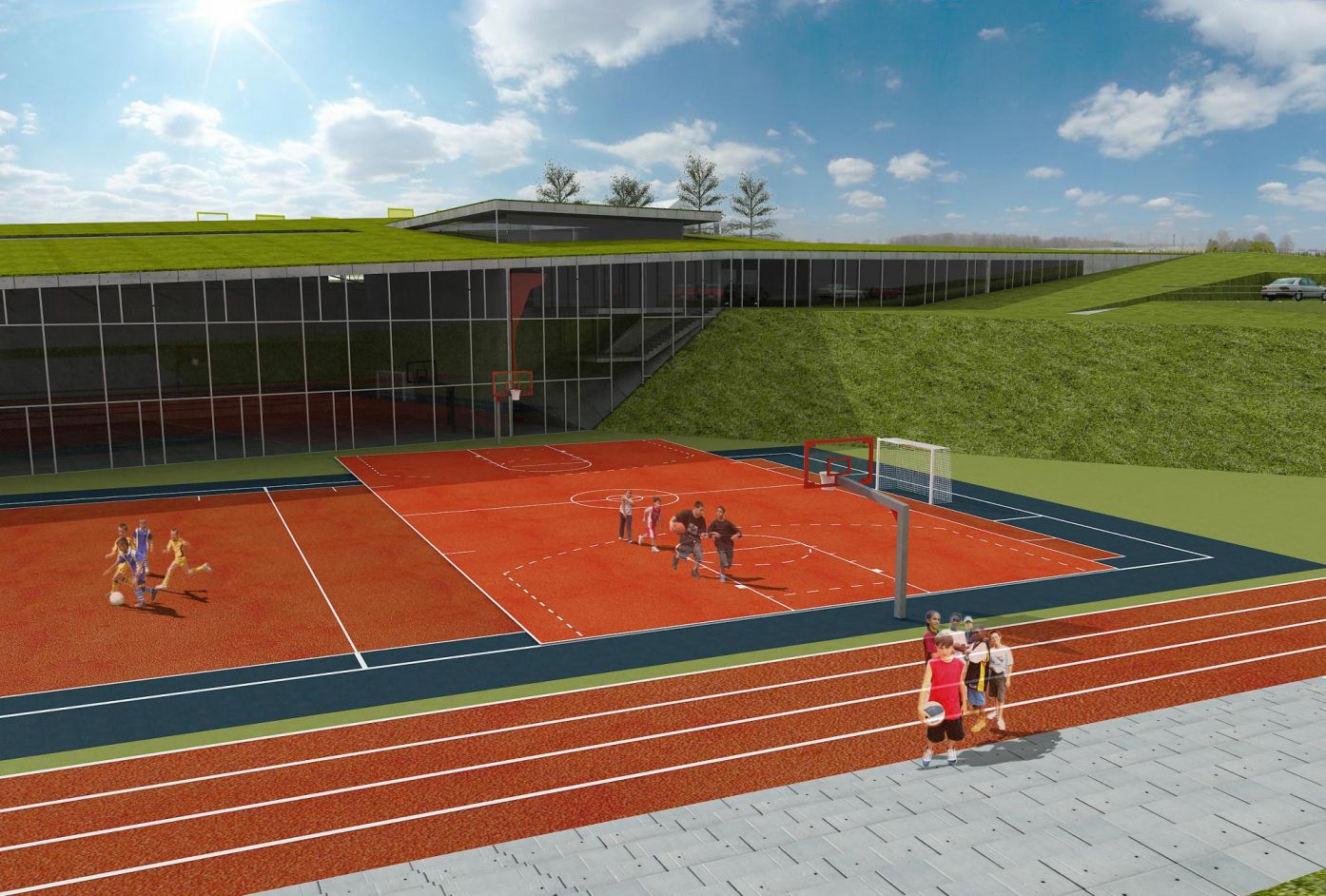 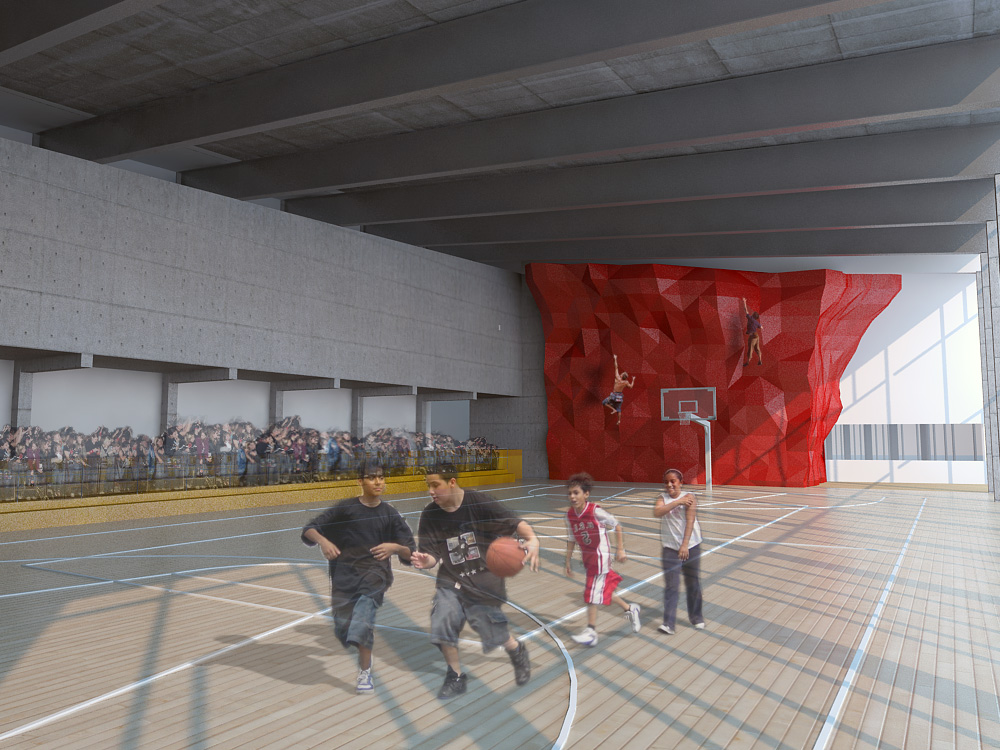 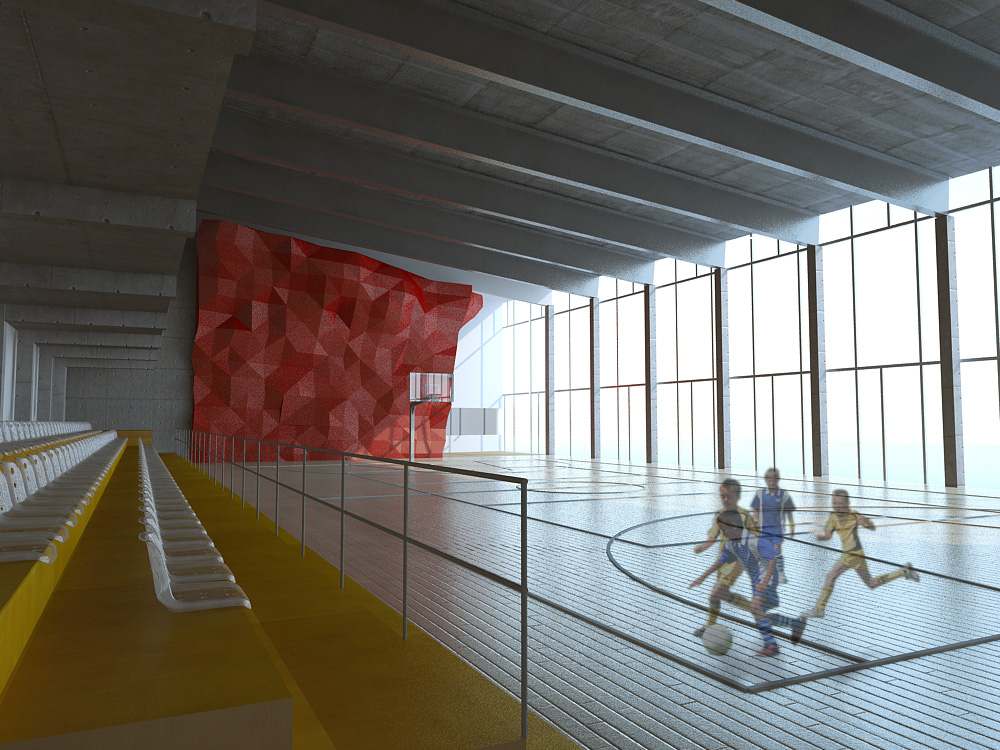 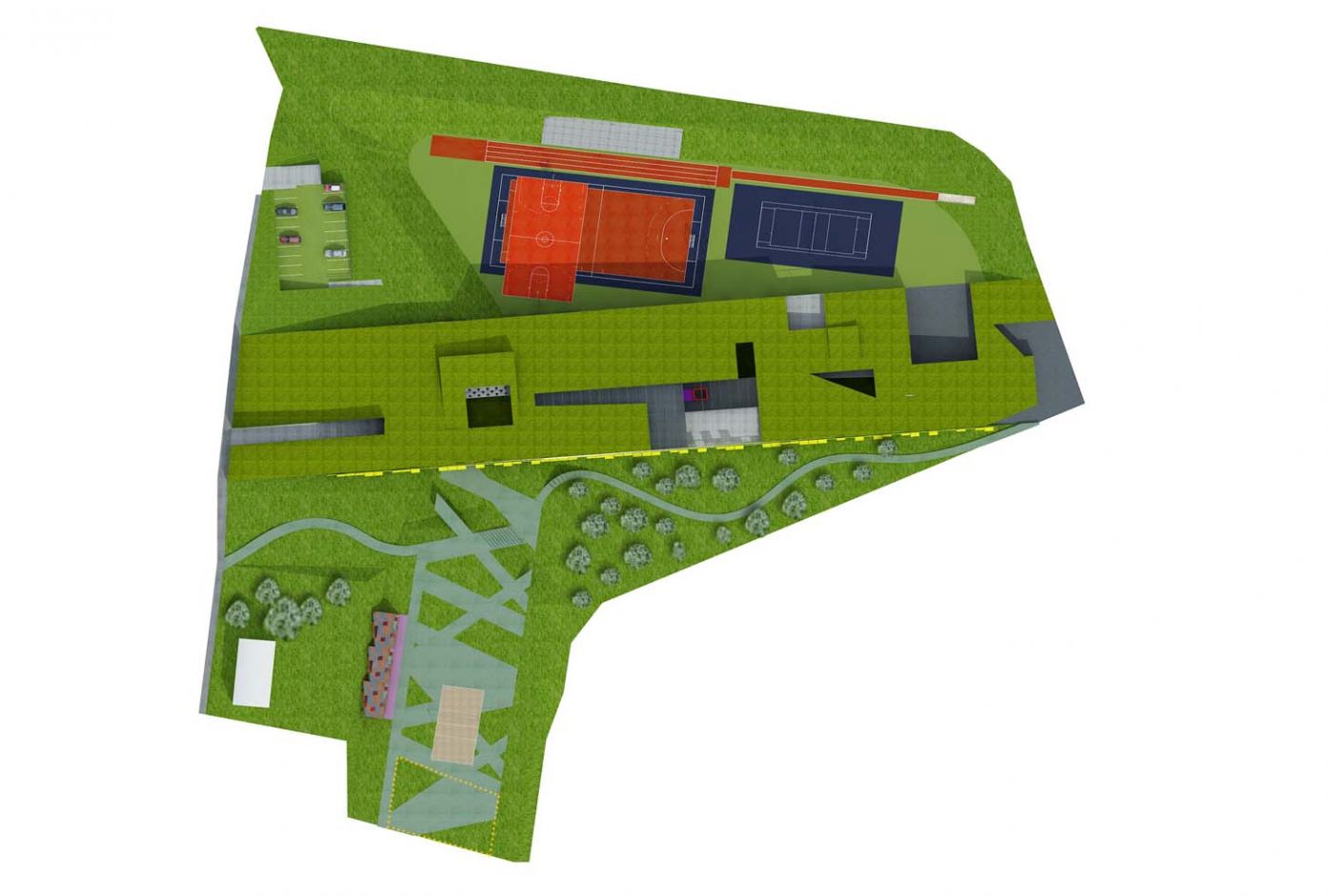 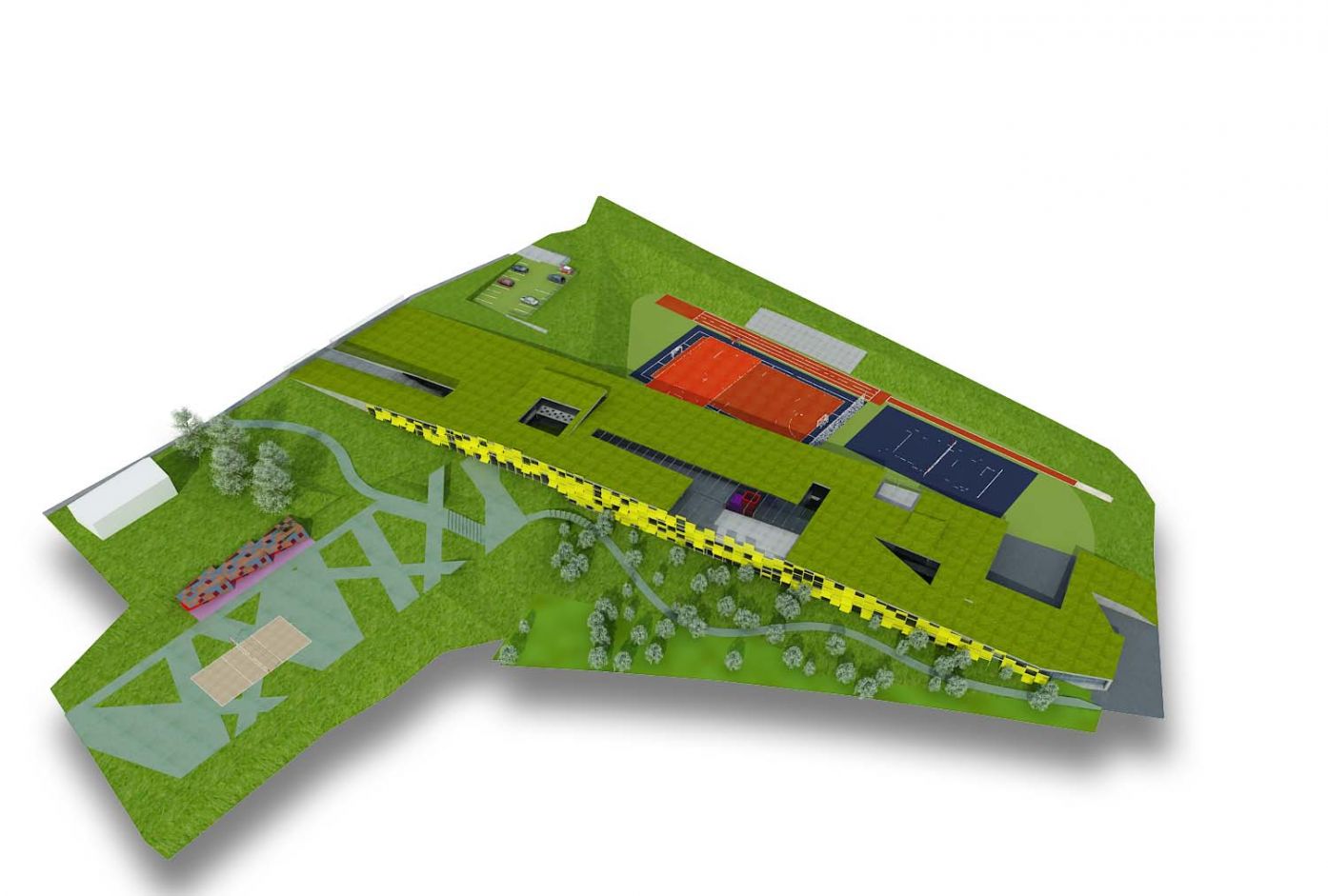 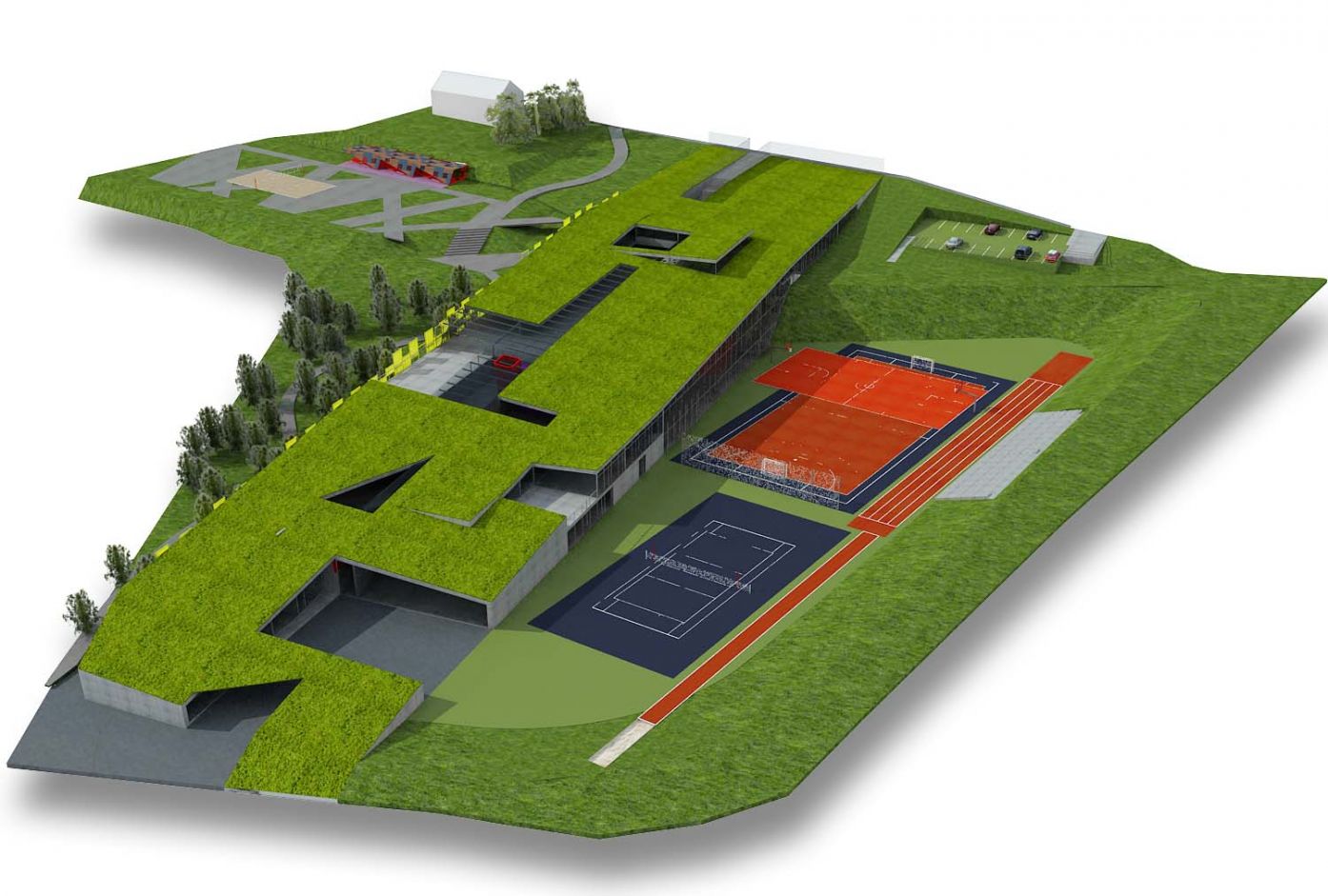 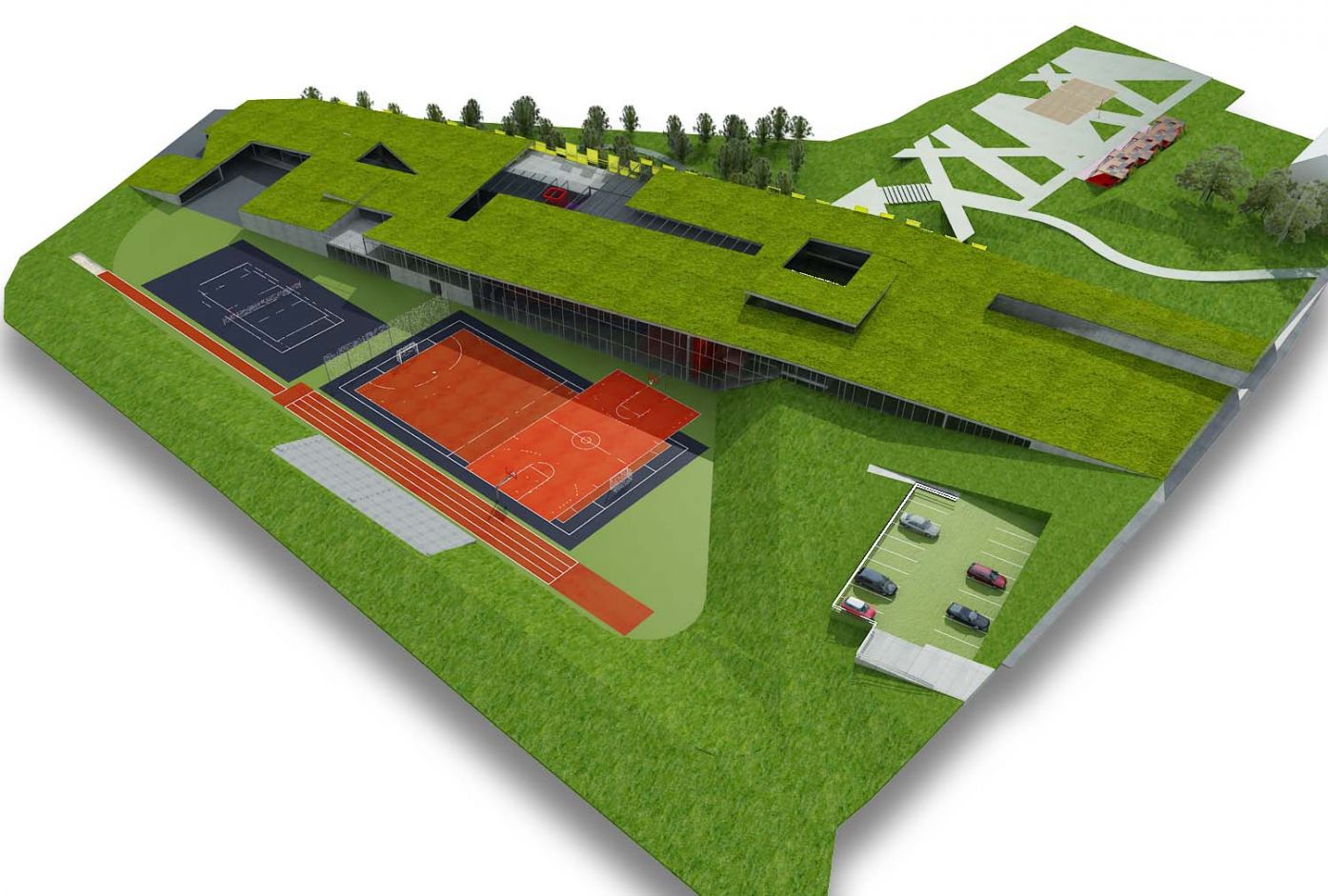 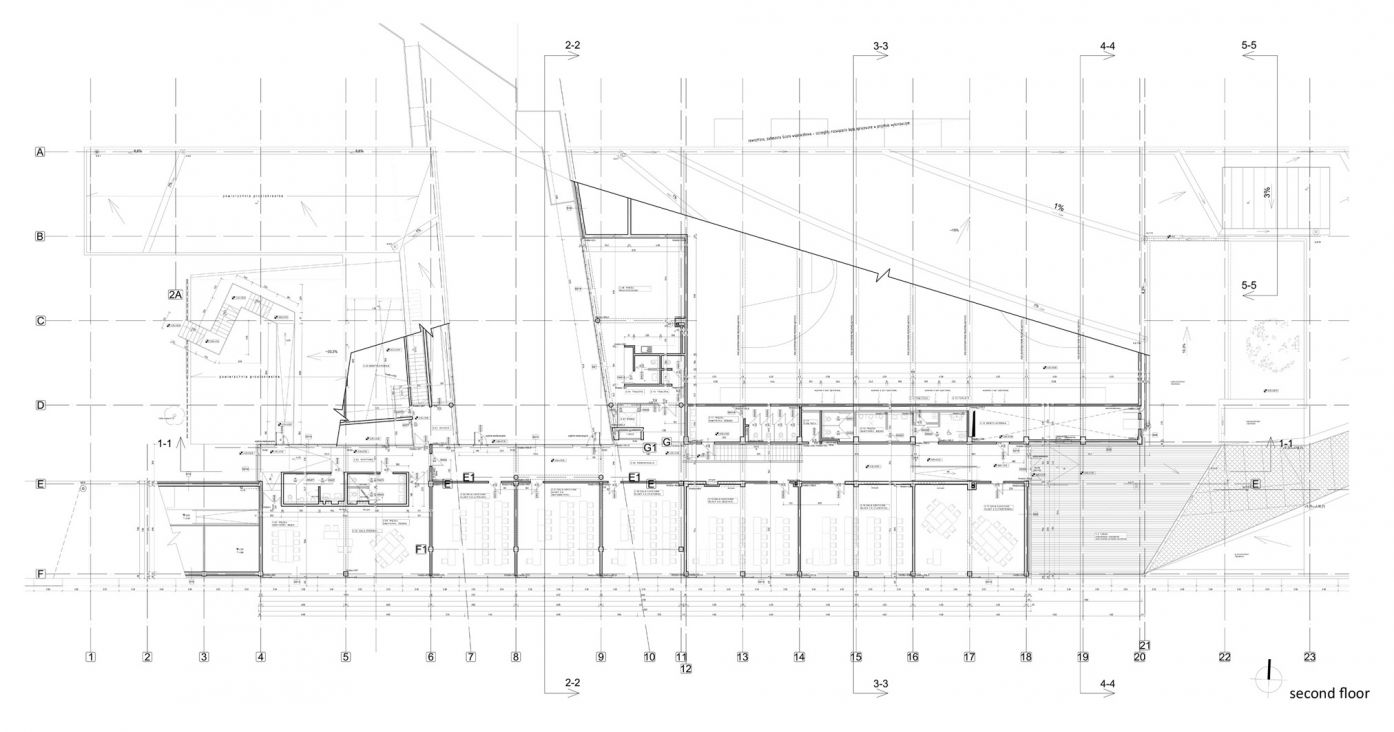