The interior of the apartment for a young acting couple is located in a house that is part of a new apartment complex. The originally designed layout has undergone a radical transformation. Due to poor communication with the construction company, the already built partitions were even demolished a week after their construction.

The actual design can be understood on two levels: rational and irrational.

Rational level – new layout. By placing the glass bathroom in the middle of the layout, the apartment gains a new dimension, an open space full of light replaces the previously designed dark and cramped rooms. The different functions – entrance, bathroom, kitchen, dining room, living room and study – are distributed in one common space, outside of which the toilet and bedroom are separated. Additionally, a room that can be used for guests can be separated using a pivoting wall.

Irrational level – an experiment. We divided the apartment into two parts with a banally honest boundary line, which is also “abstract” in its location without any connection to the space or the projected function. We designed the two fragments according to different architectural strategies. The wooden part is strongly linked to the spatial and layout design, which the material used follows and gives it exclusivity, in the sense of an embedded background contrasting with the other white part. The latter is a play of separate solitaires ready to be “inhabited” by the owner.

By putting these strategies together, we wanted to test whether architecture is capable of accepting collisions, contrasts, clashes and various unrelated approaches, whether it is possible to make a choice and then not be a slave to the chosen one. With exaggeration we can say that the concept of this design was freedom of choice. 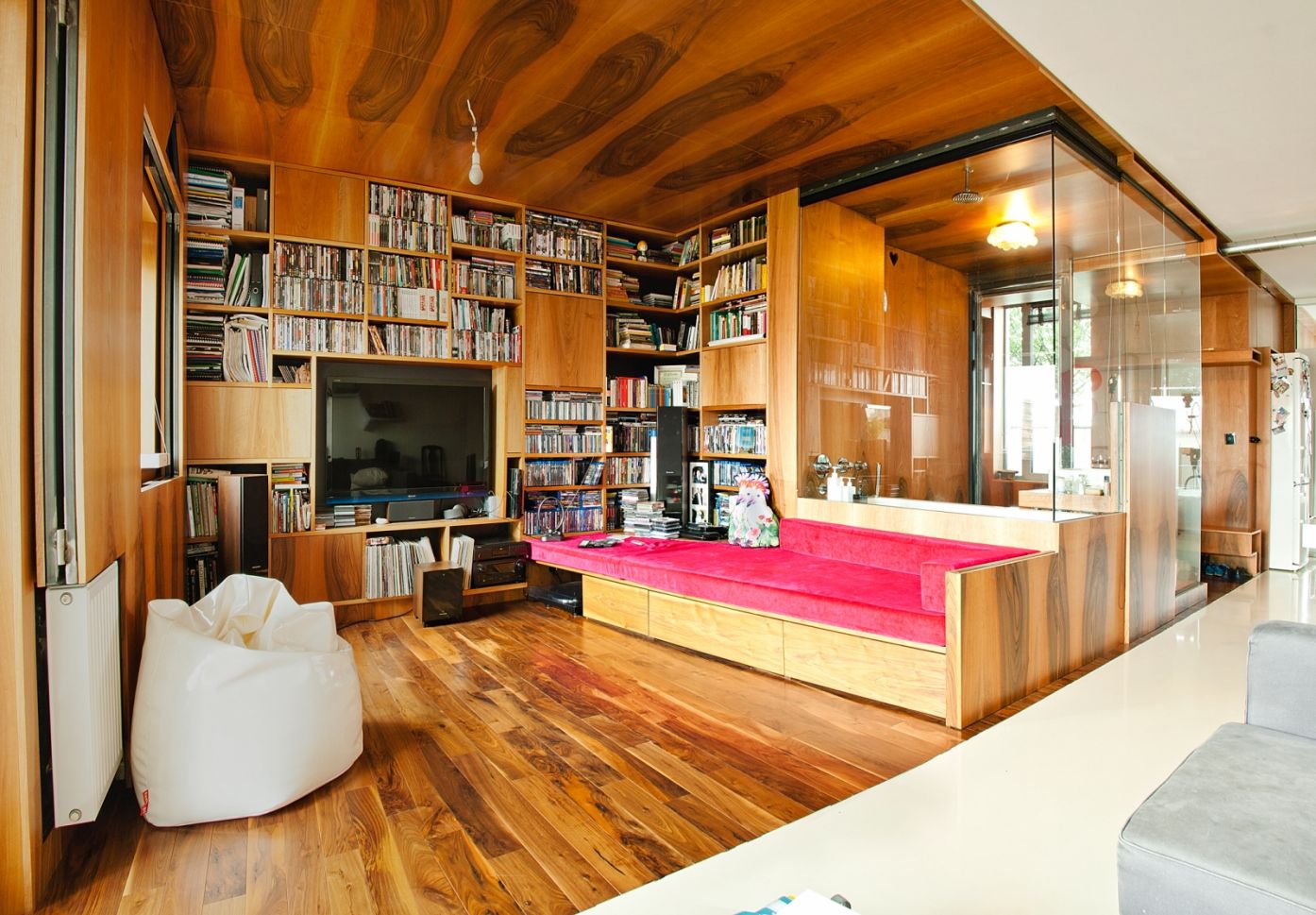 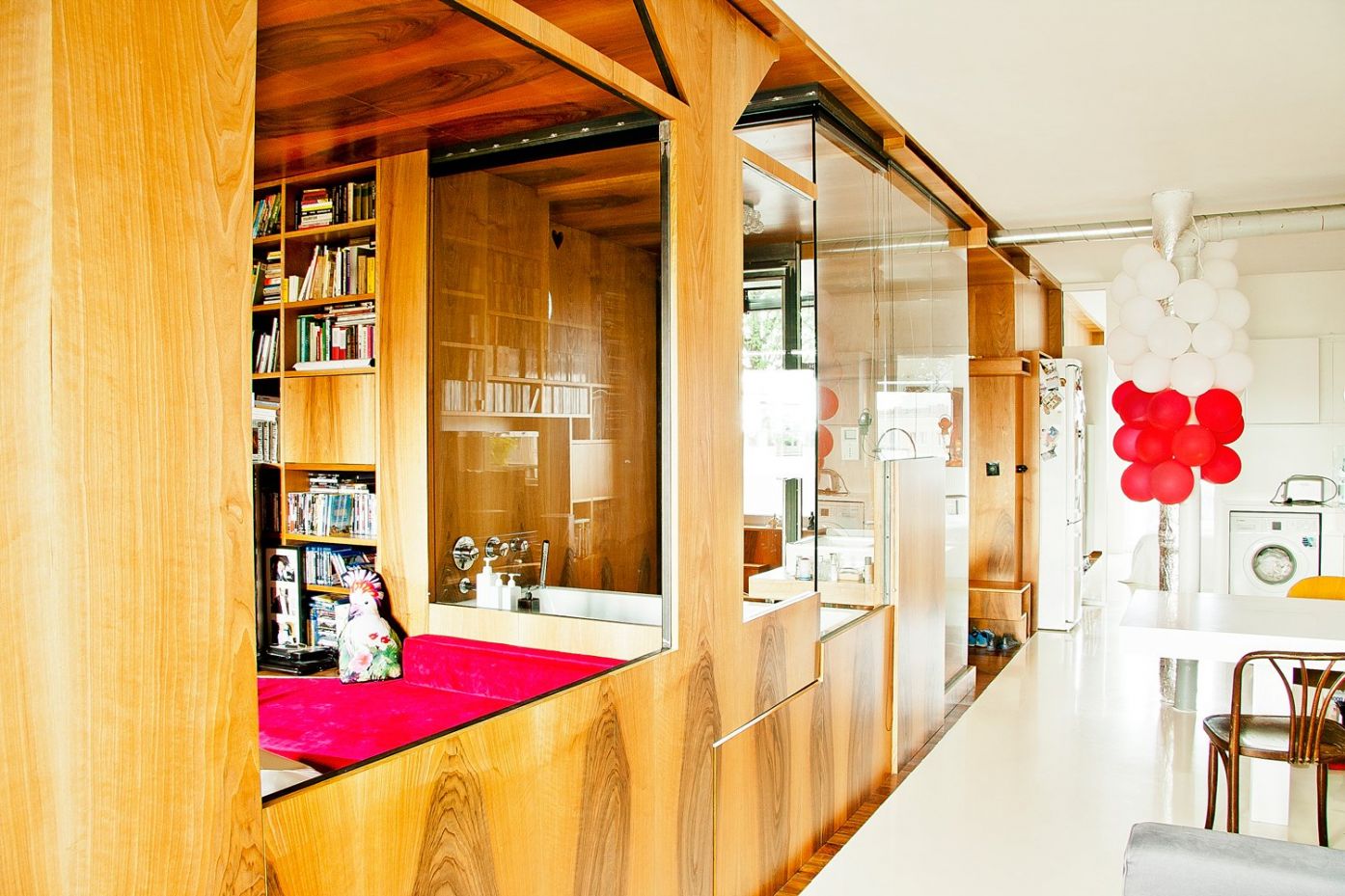 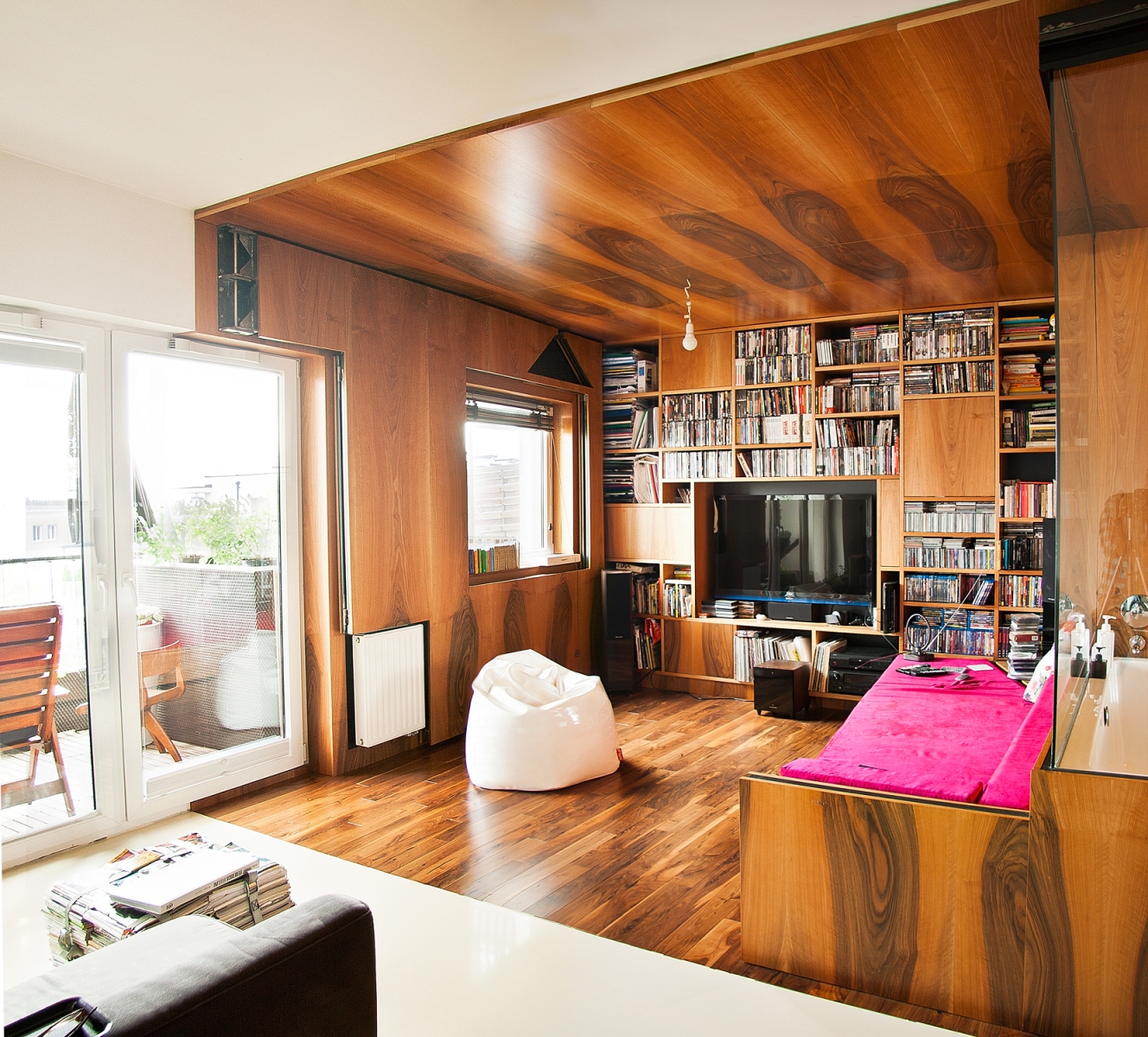 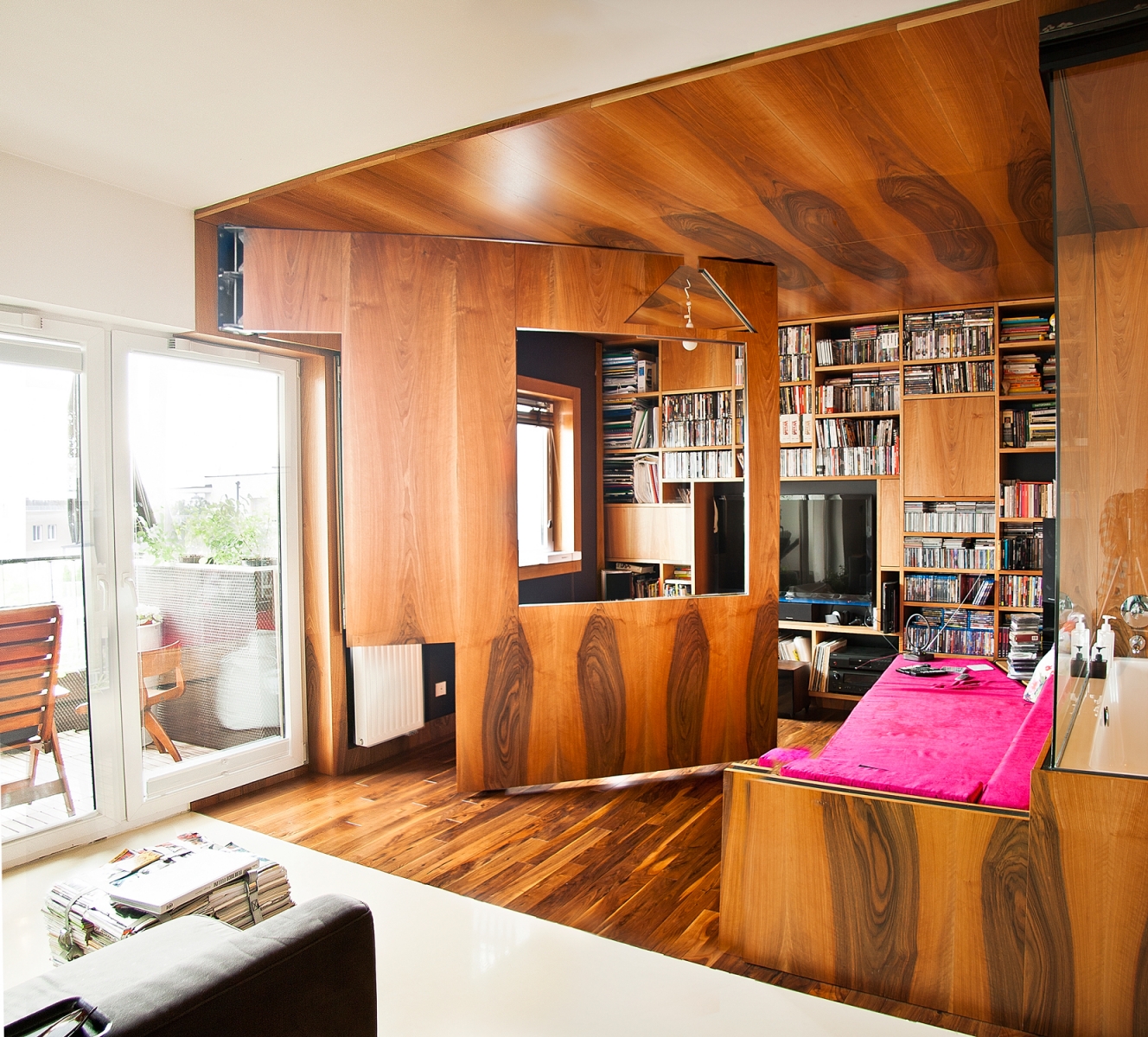 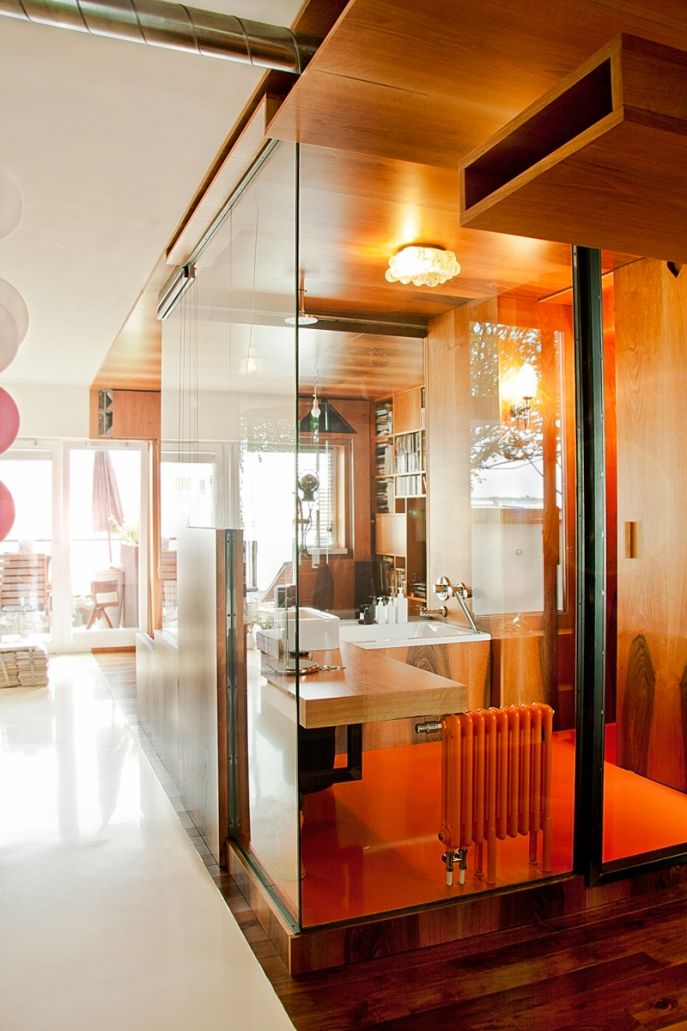 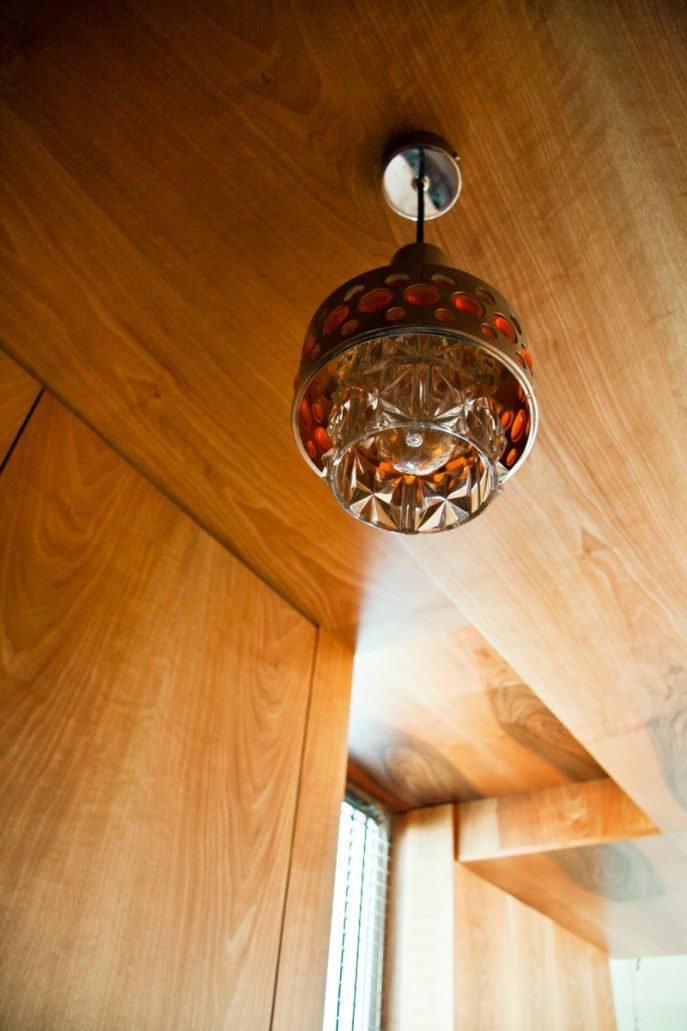 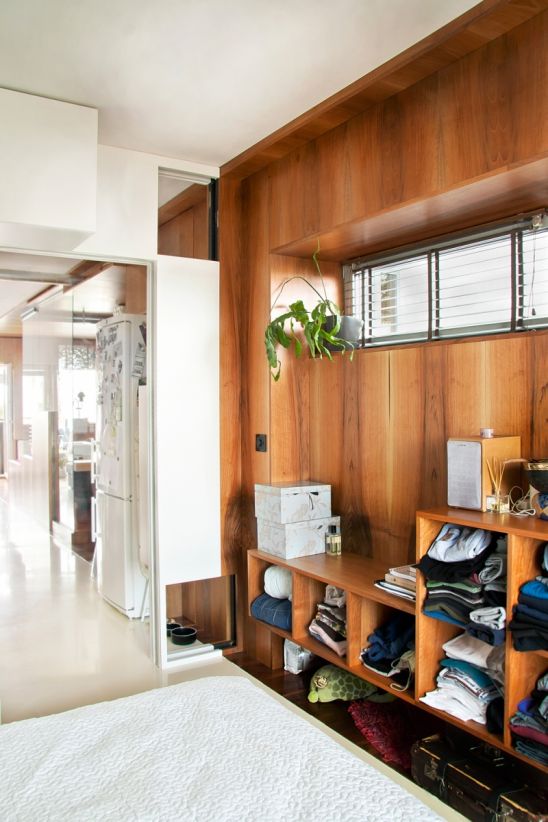 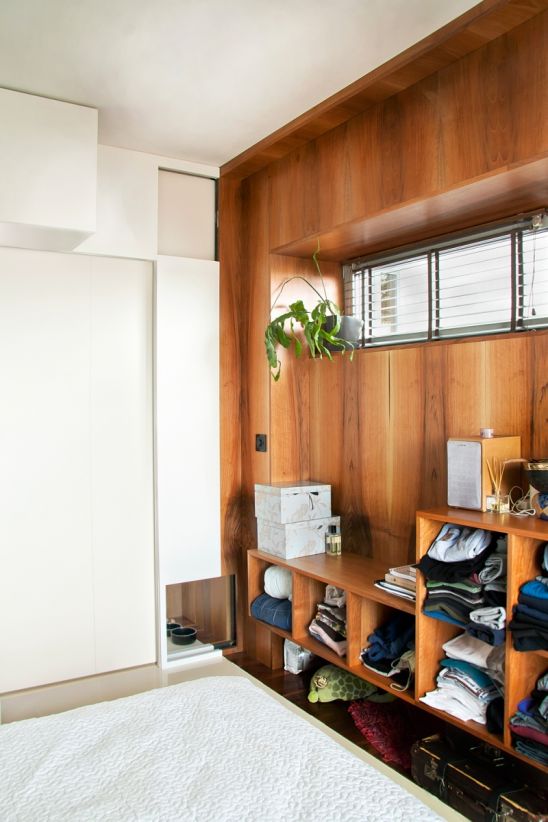 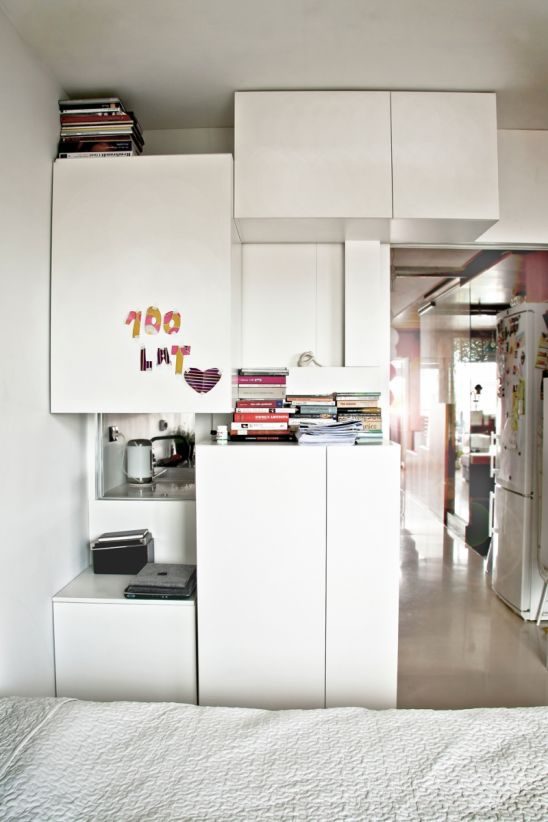 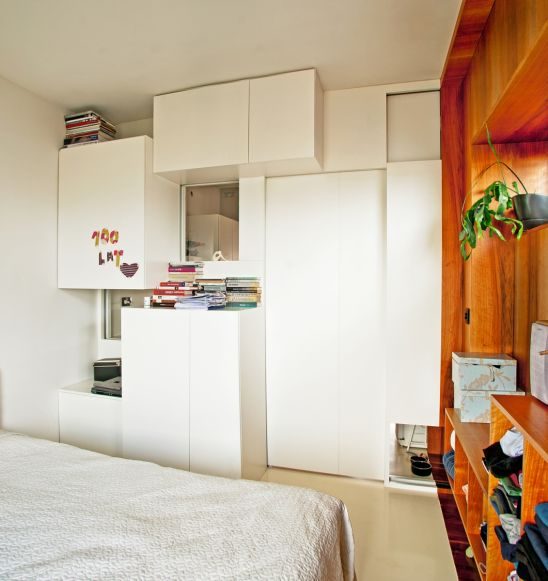 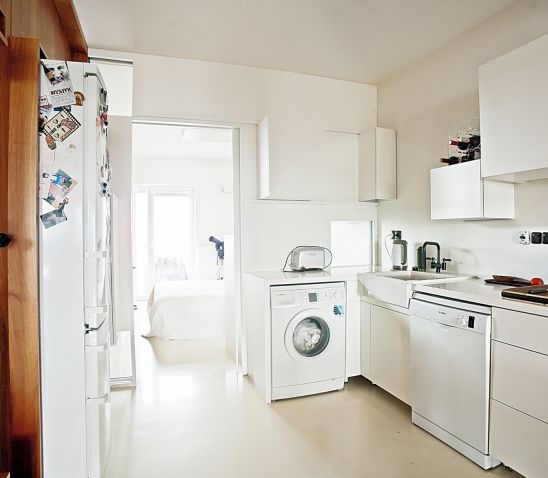 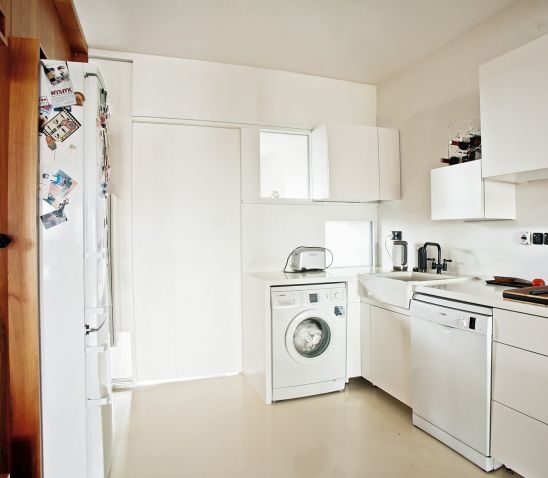 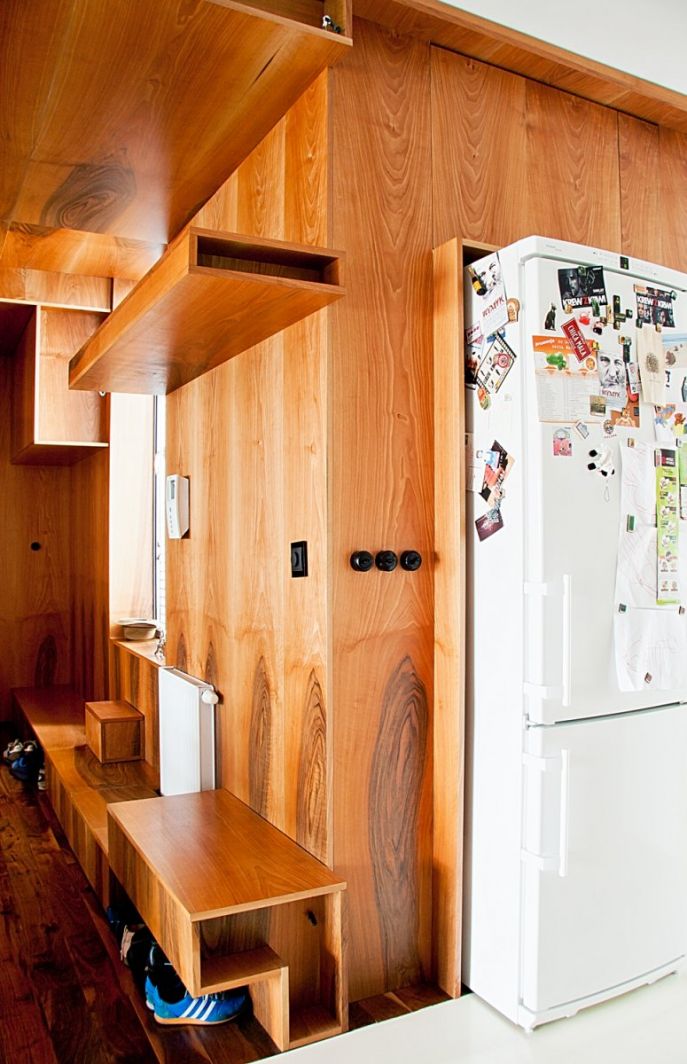 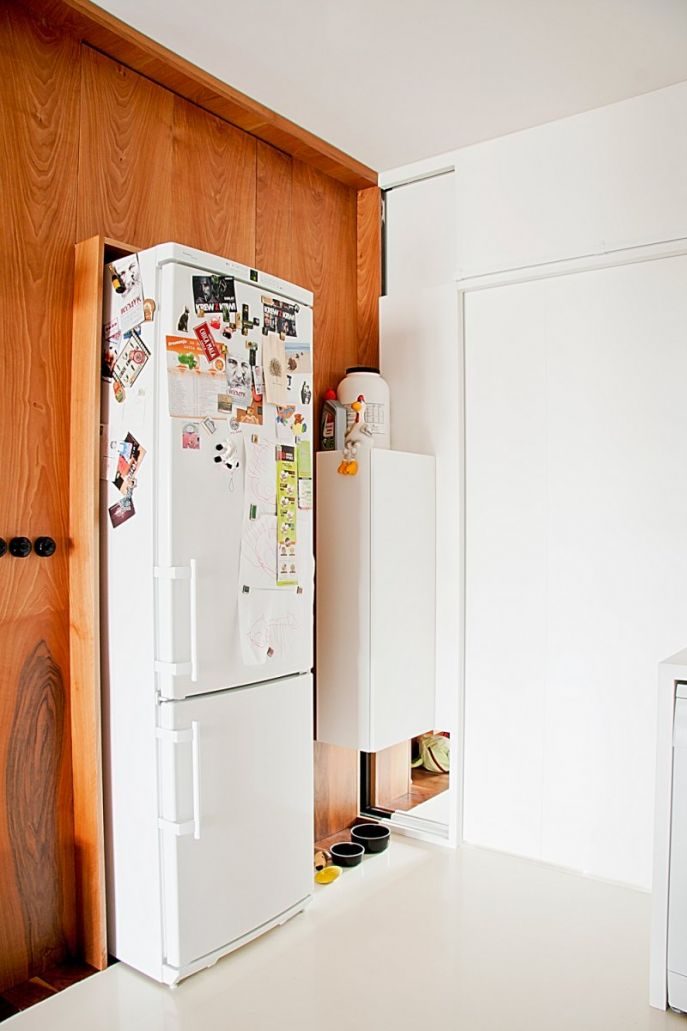 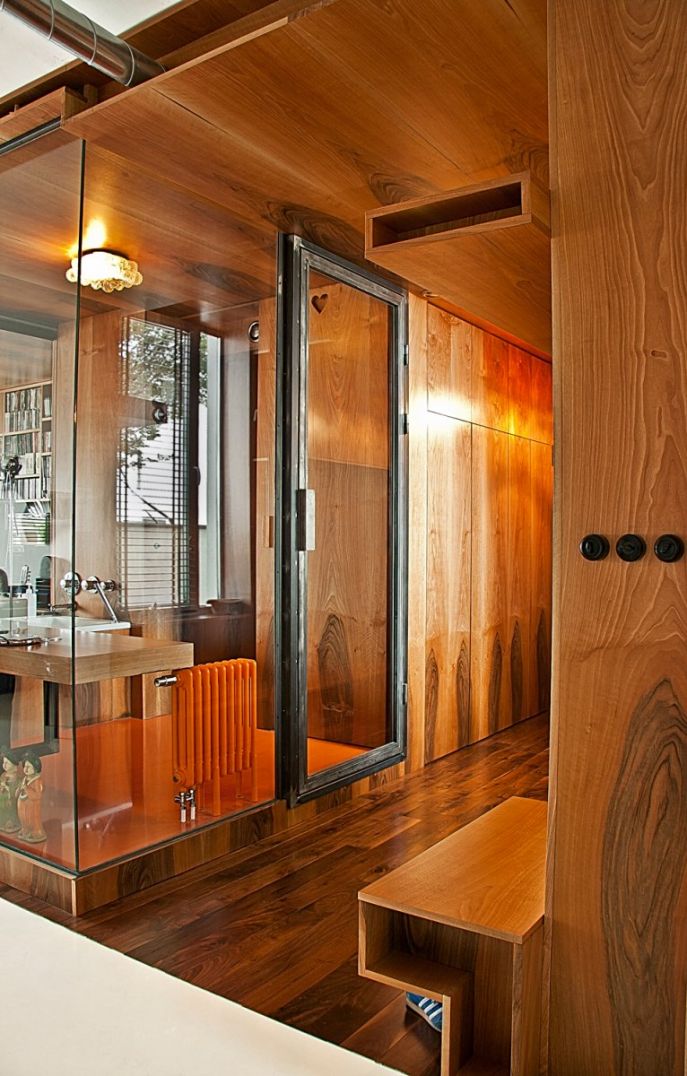 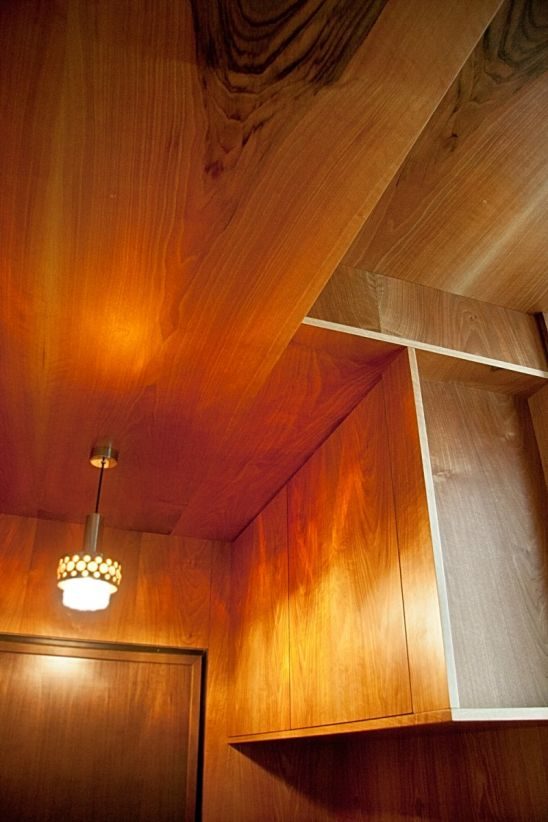 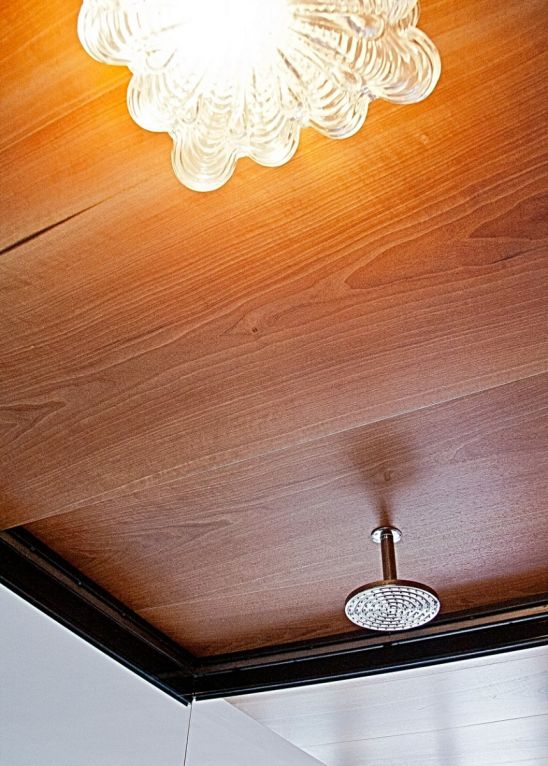 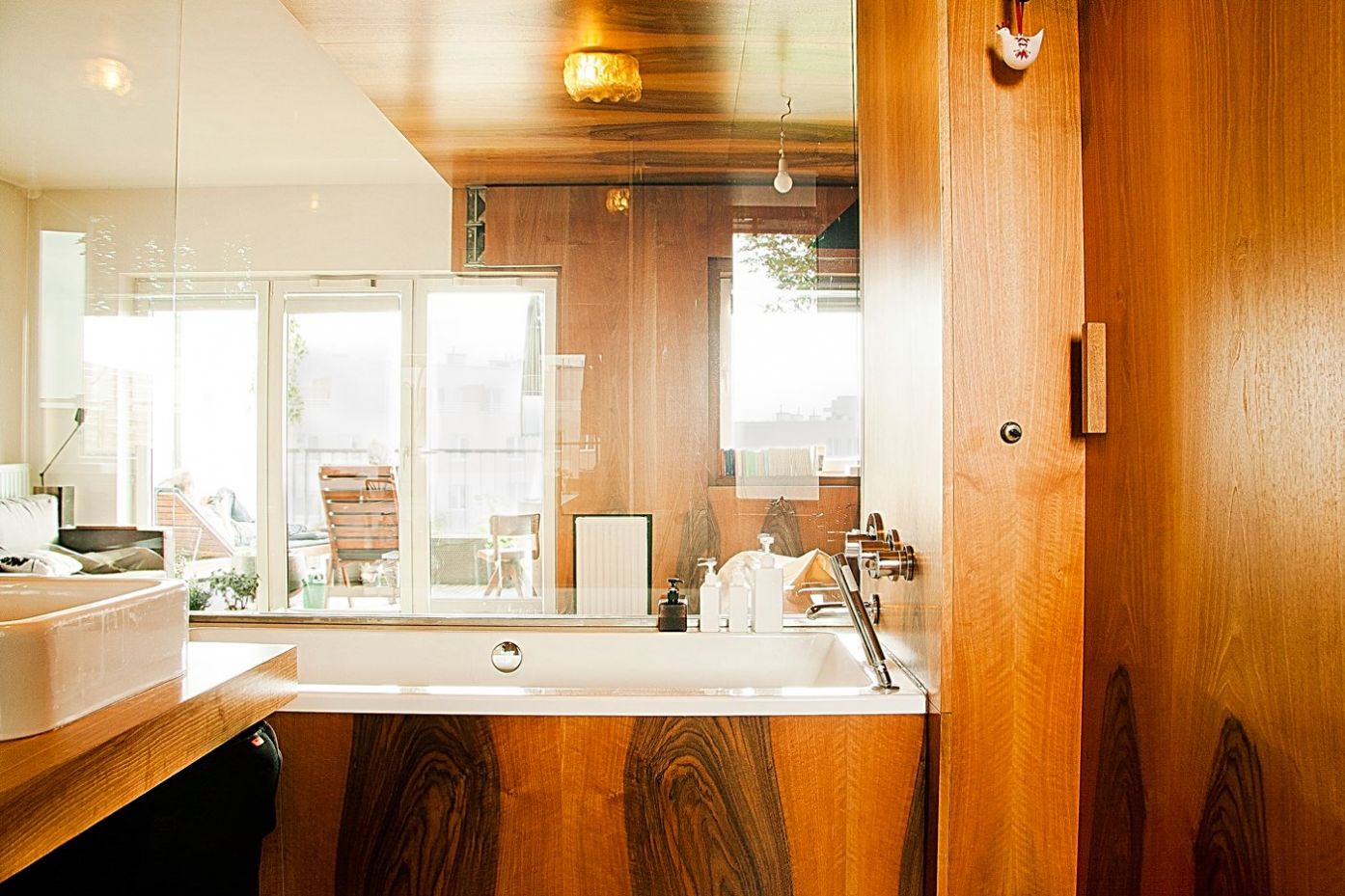 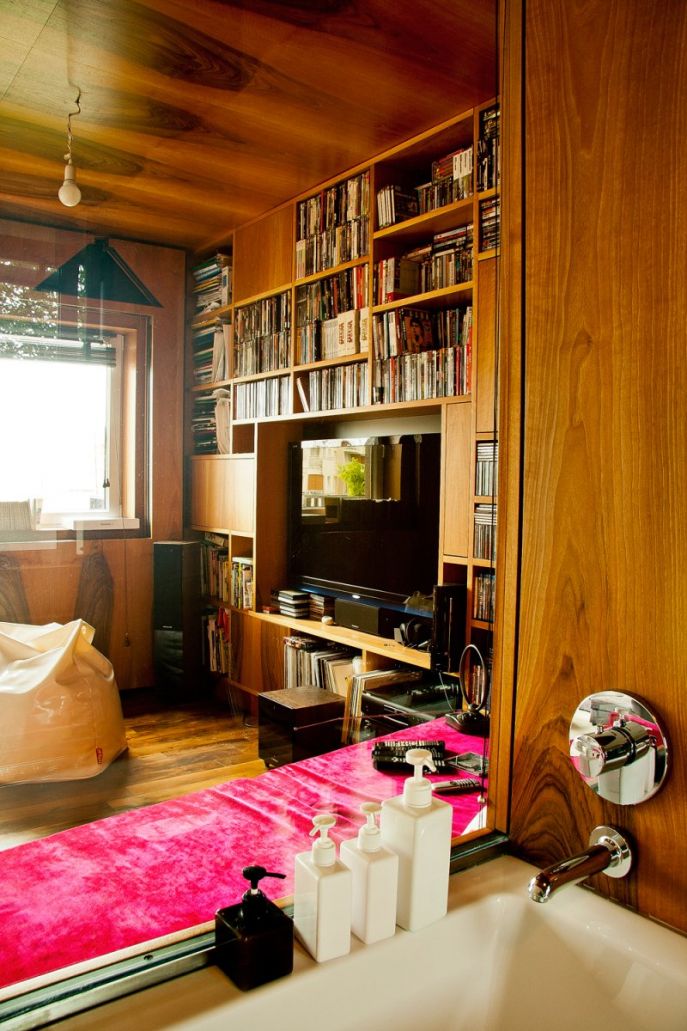 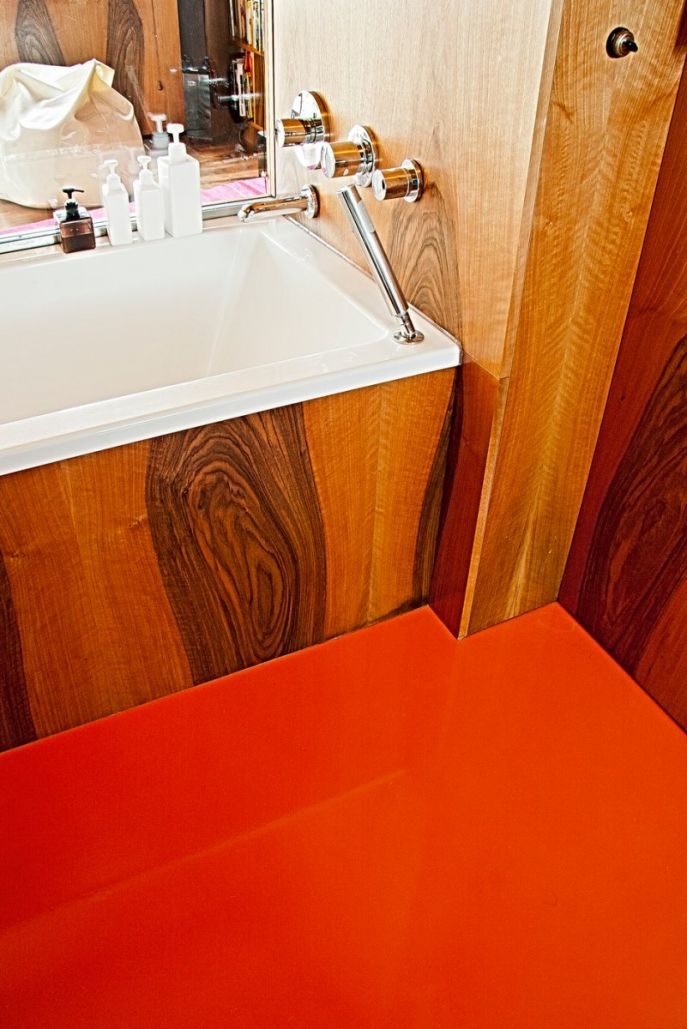 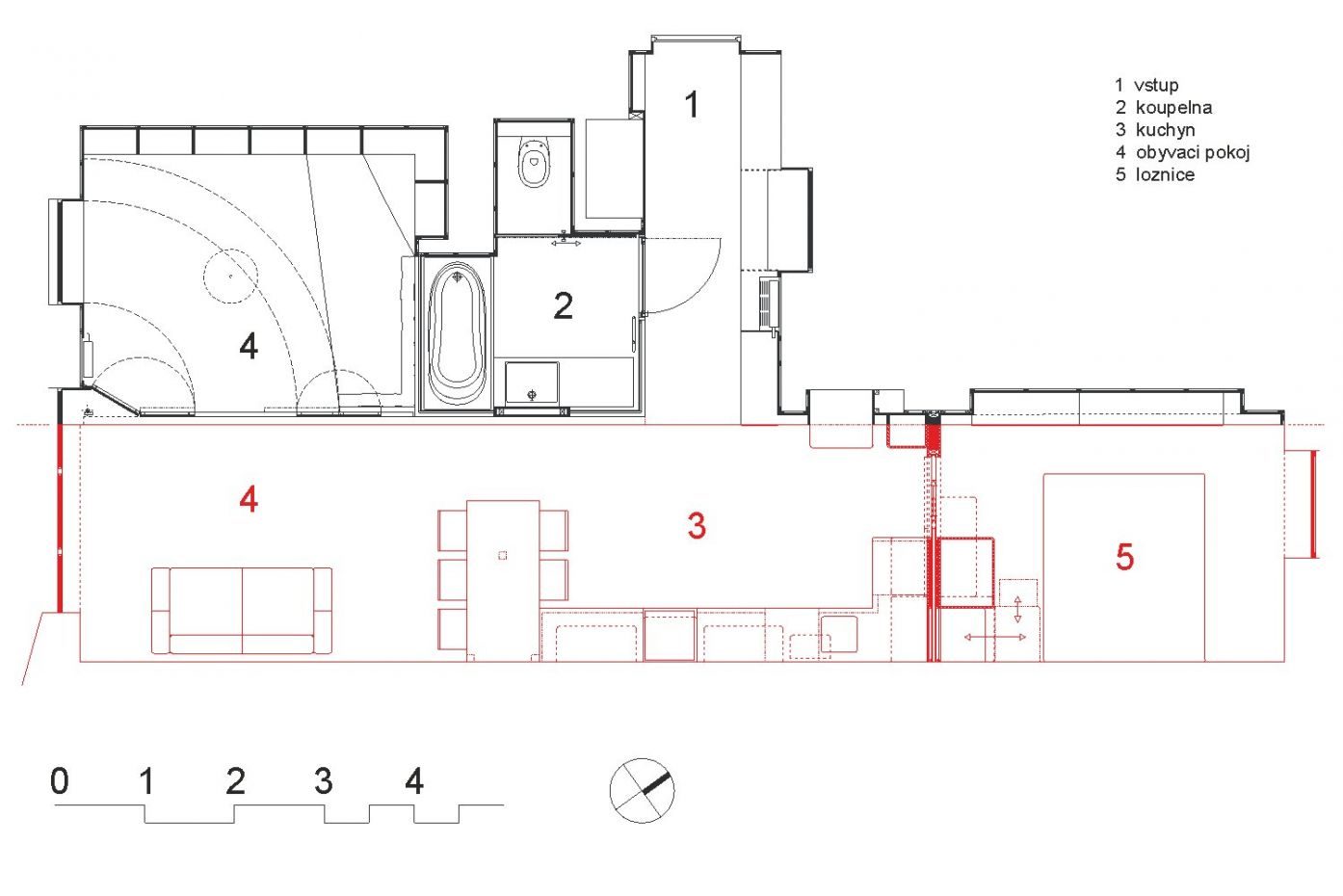