To illustrate Alejandro Aravena’s official statement about “a match that needs to be won (…) for the improvement of the quality of the built environment and, at the same time, the quality of human life”, we in Slovakia would only be so Madali nalichavejši and more appropriate than a match for the built environment of the statistically and historically poorest and most discriminated part of the Slovak Republic.
of Roma society The Atlas of Roma Communities, a comprehensive survey of Roma settlements in Slovakia in 2013, also pointed to some facts about housing

There are currently 803 concentrated Roma sidis in Slovakia, many of which were established decades or centuries ago as a result of forced population movements of Roma associated with the collapse of Czechoslovakia and frequent
more than 150 Roma sidis are completely without public water supply, more than 370 sidis are without public sewerage

more than 30 per cent of Roma live in informal conditions – Roma settlements are located outside
intraviny of the village, the plots are often not registered as residential zones, the land and buildings are not passported, there are no public roads and services, and 3,662 brick and 399 wooden houses inhabited by Roma are not registered in the land registry, in many cases ownership rights are not clarified, and disregard for the legal provisions effectively make the process of legalisation of these dwellings forced evictions and orders for the removal of structures, which are often justified by the illegal nature of the settlement, cannot be carried out in these cases without further violating the human rights of the right to adequate housing and to live in the community

There is most likely no more “fine line” to be pushed than the boundary of the law in Slovakia at the moment (Building Act, Land Development Act, Civil Code, etc.), which at the same time not only contributes to the spread of the problem, but in many cases leads to the violation of some basic human rights (right to water, right to adequate housing, right to privacy, right to protection of the home, etc.).

However, there is probably no more difficult task than that of resisting reductionism and its simplifying exercise, and not to give in to the mission of architecture, which encourages the permeation of the mystery of the human condition, that is, the task of rethinking architectural discourse and the unconscious expectations of architecture. These expectations, encompassing values of stability, security, and safety, are often subconsciously dominated by fear, apprehension, and coercion.

Instead of NORMALIZING existing informal settlements, it is possible to LEGALIZE them. We would like to consider the possibility of legalising settlements in the form of a legal EXCEPTION. As much as it is our intention not to go against the work of the many great people who are working to improve the quality of the built environment within the existing legal norms, we are aware that their hard work is not always enough in a battle that needs to be won
The EXCEPTION should take precedence over the Building Act and other building regulations. The human right to housing is a priority.
The EXCEPTION we are proposing should apply to situations where standard legal methods of improving the housing situation are ineffective. These situations include unclarified property rights, lack of financial support, practical impossibility of meeting legislation and standards, etc.

The introduction of such an EXCEPTION would present architects with a new challenge and open up new opportunities for them. On the one hand, the absence of constraints resulting from the increasing complexity of the world (the complexity of the law and building standards, etc.), on the other hand, the minimal financial possibilities, require new ways of thinking about fundamental questions about HOUSING and specifically research about the ESSENCE OF HOME.

Concept
The exhibition will have two thematic lines: general and architectural.

THE GENERAL LINE
The general line will analytically describe the phenomenon of illegal settlements. This part will focus on mapping the history and current state of the problem of informal Roma settlements in Slovakia.

The main axis of the general line is to show the necessity of introducing a legal EXCEPTION for informal settlements that meet certain criteria such as the long-term existence of a community with strong social ties, which at the same time does not have the power to improve the quality of the built space within the limits of the existing laws and the economic status quo. An integral part of the general line of the exhibition will be a positive example from the front” – the activities and projects of the association ‘Architects in Settlement, the Housing Support Programme of the organisation People in Need Slovak Republic and the project ETP Slovakia – From a shack to a 3E house – self-help construction of houses, as examples of legal approaches, and the activities of the Catholic priest Marian Kuffa (see the film ‘My Roma Children’) as an example of approaches that have no support in the current legal framework.
The general line will be presented in the catalogue and on the walls of the pavilion.

ARCHITECTURAL LINE
The architectural line will be divided into two parts: theoretical and practical.

Theory
The theoretical part will analyse the phenomenon of EXCEPTION within the architectural discourse. The analysis will include a set of similar (existing and proposed) exceptions addressed in different architectural situations. One example of a similar exception to the law is the idea of creating experimental zones outside the reach of institutions for the protection of monuments, and thus zones exempted from protection zones, with minimal regulation in the ground plan, as a specific counterbalance to strictly protected places.

There is a need to consider the possibility that contemporary architectural discourse in the search for an ideal solution misses the sense of openness to otherness/non-adaptability/irrationality. Part of the discourse is a subconscious expectation of stability, certainty and security, which to a large extent precludes not only free creation, but especially the possibility of finding diametrically different solutions. By introducing an exception, we would like to open up space for experiment.
The theoretical part will include an urban analysis of a selected Roma settlement, focusing on the possibilities of shaping a public space with desegregation and social mix potential, and an analysis of the types of Roma houses in informal settlements 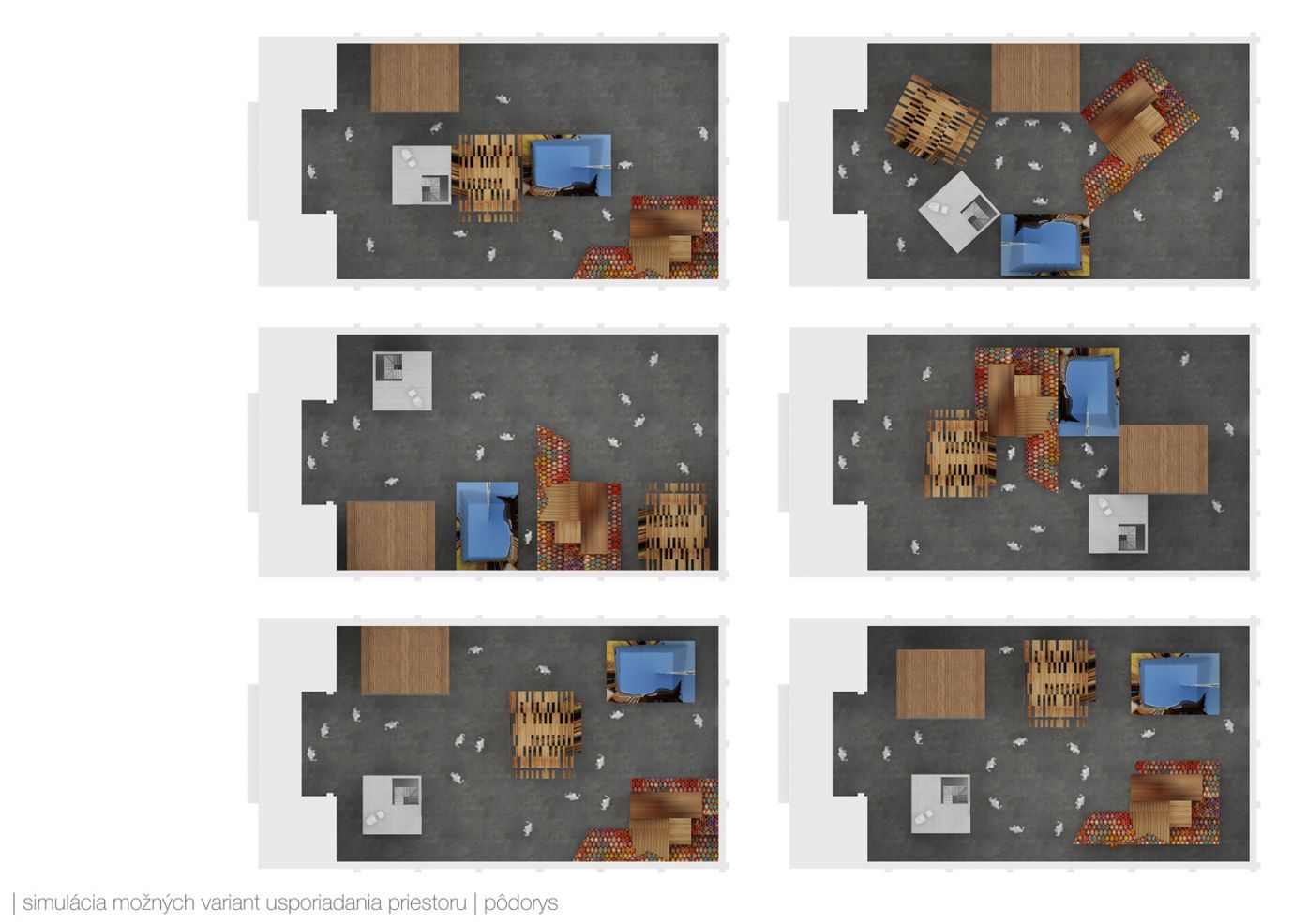 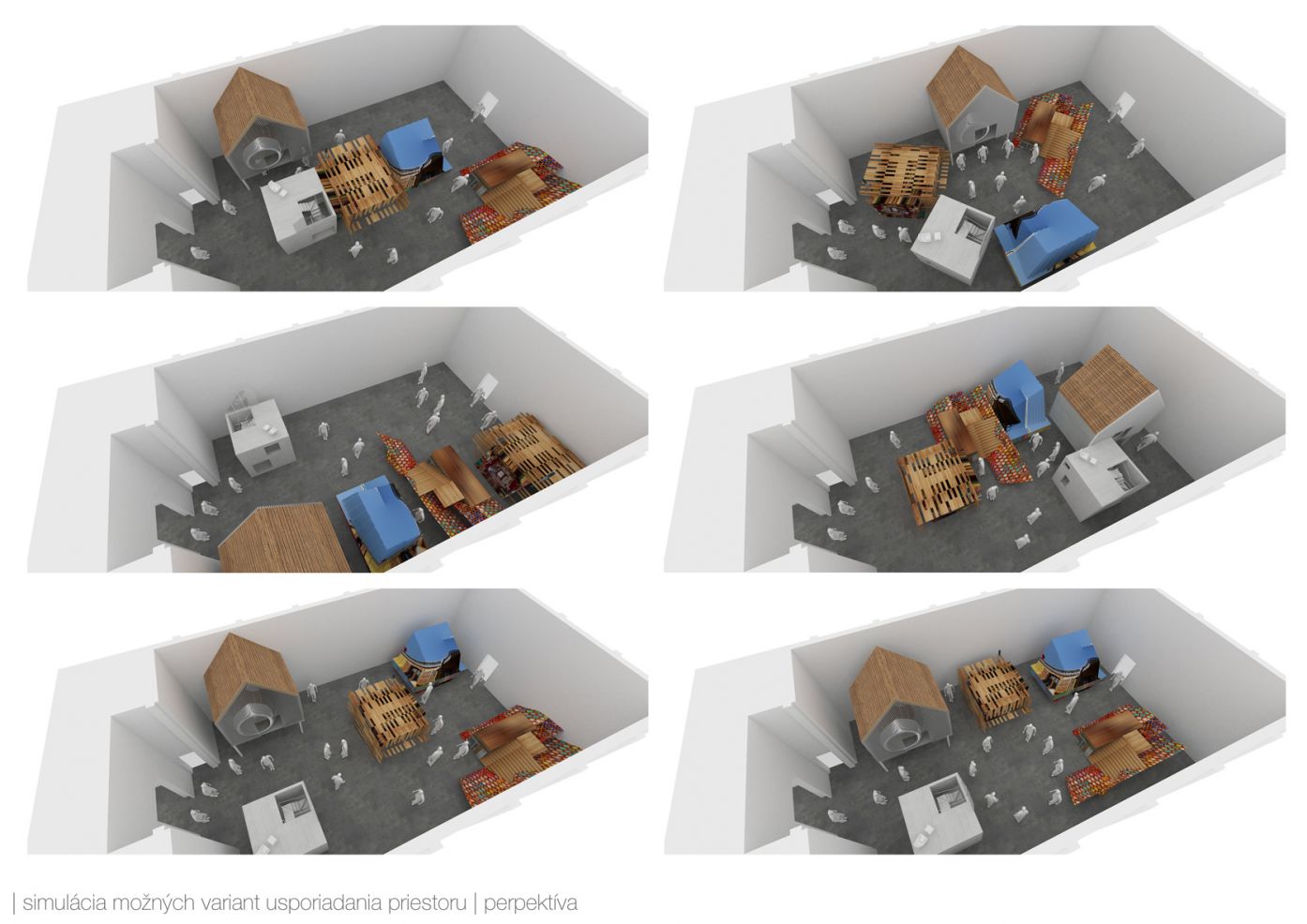 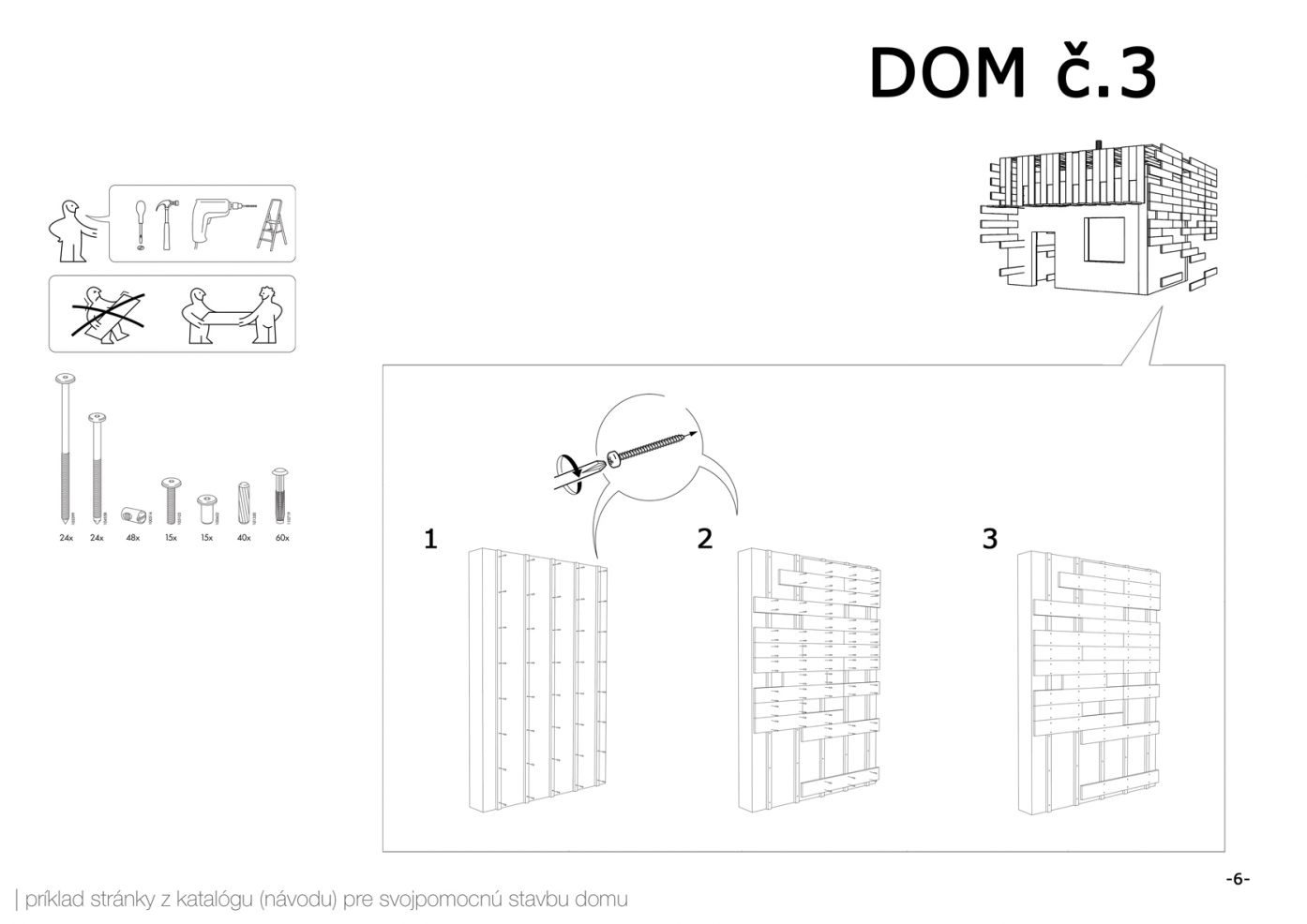 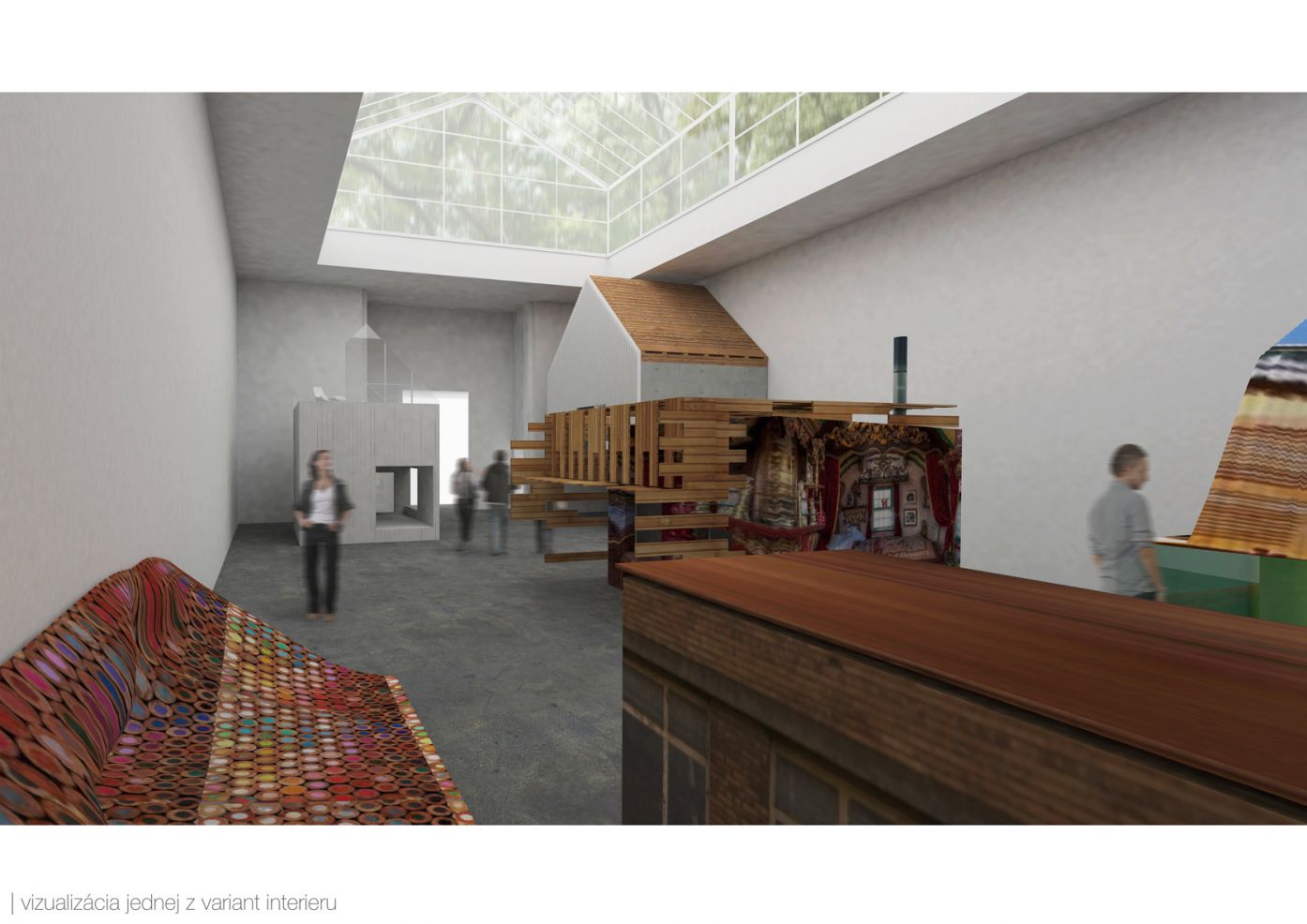