IDEA
The basic concept of the design is the organization of space that will allow the new building to function as a SIGN in the public space and at the same time create an internal, pleasant and safe school world. The world of a semi-open HOT TUB.

SIGN
A pressing problem of growing villages and towns (as Václav Havel also wrote) is currently the disappearance of the boundary between the built environment and the landscape. A disappearance that is the result of the urban sprawl phenomenon. Psary and Dolní Jirčany also have this problem. The proposed construction of the school is to create this missing boundary of the built-up area, which in the form of a WEDGE cuts into the space of the undulating curves of the surrounding fields. It will not only weaken the negative consequences of the mentioned urban sprawl, but at the same time it will become a strong element (SIGN) in the space. A SIGN corresponding to the function of the building of the largest public building in the history of Psary and Dolní Jirčany. A SIGN forming a symbolic gate of the village.

The WEDGE is formed by two FASADES of the new building (along the north-western and eastern boundaries of the site).

FASADE
The façade is perceived by us as a land art element. It is visible from the north, and is slight from the south (from the MUNICIPALITY). It acts as an enclosure to the internal space of the school and the internal courtyard (KOTLINS). From a distance it gives the impression of a whole (SIGN). Up close it becomes more subtle, a result of both the textured surface (which changes its scale) and the nature of the natural material chosen. The different surface designs of the vertical columns of the FASADE influence its different perception. From the field side the natural character of the material is emphasised (wood), from the roundabout side it gives a more artificial impression (colour), from the CITY side it loses its materiality (solid 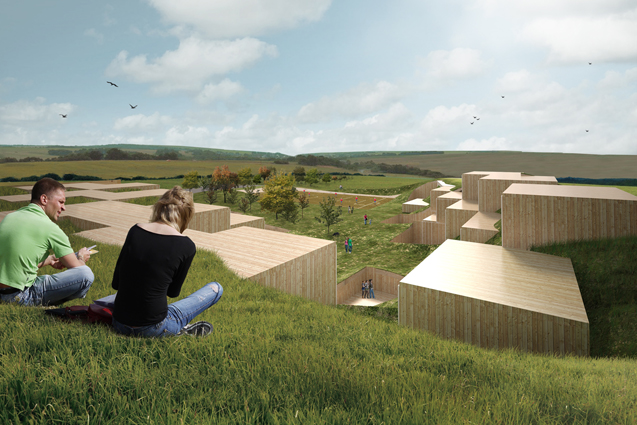 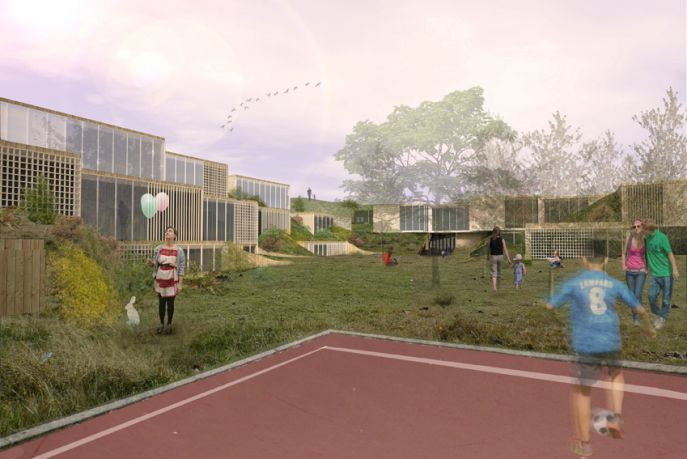 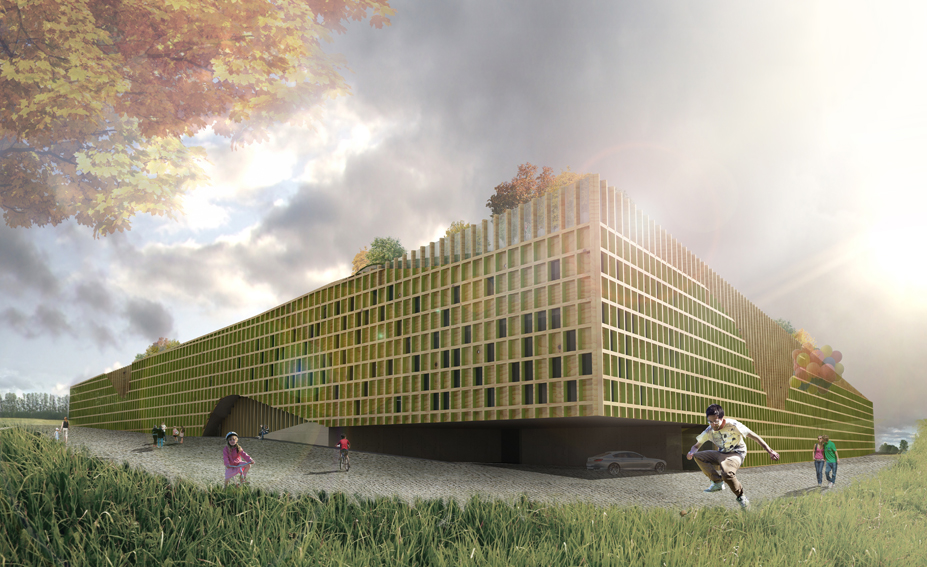 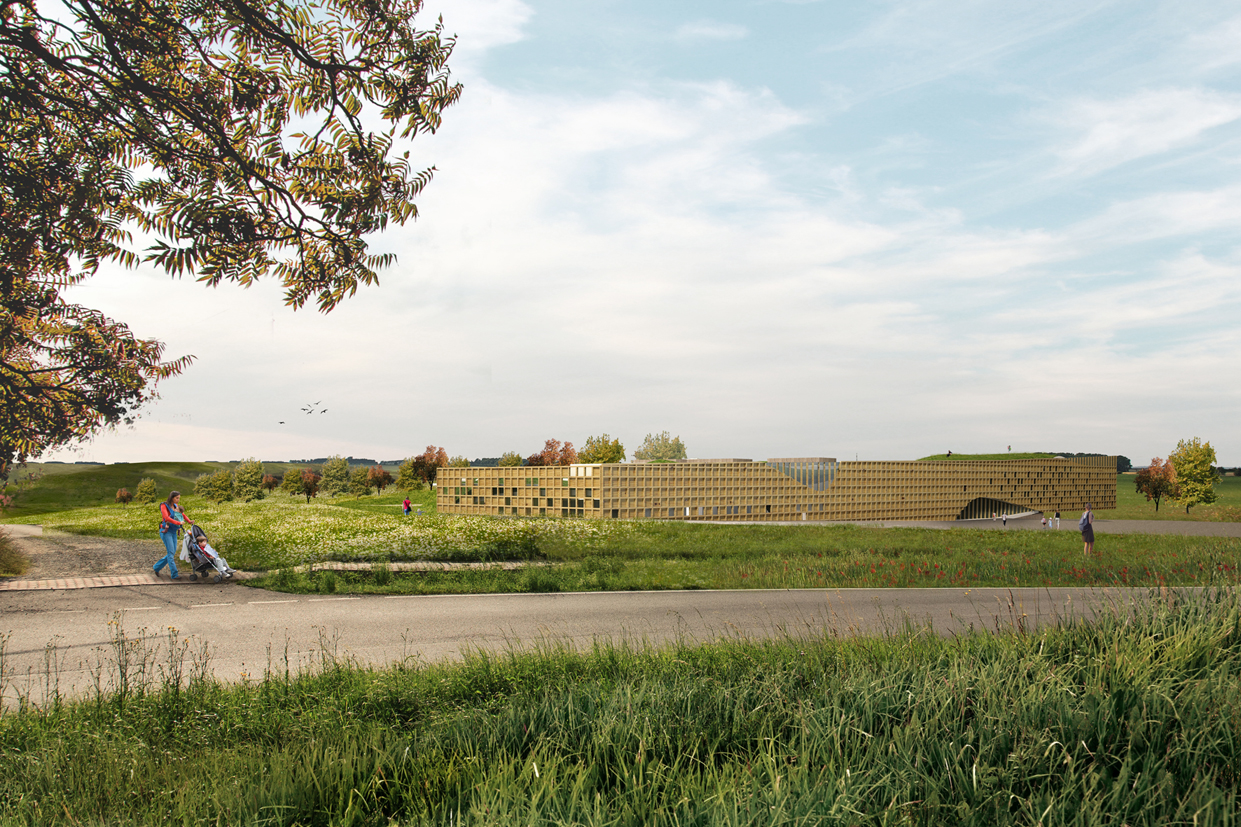 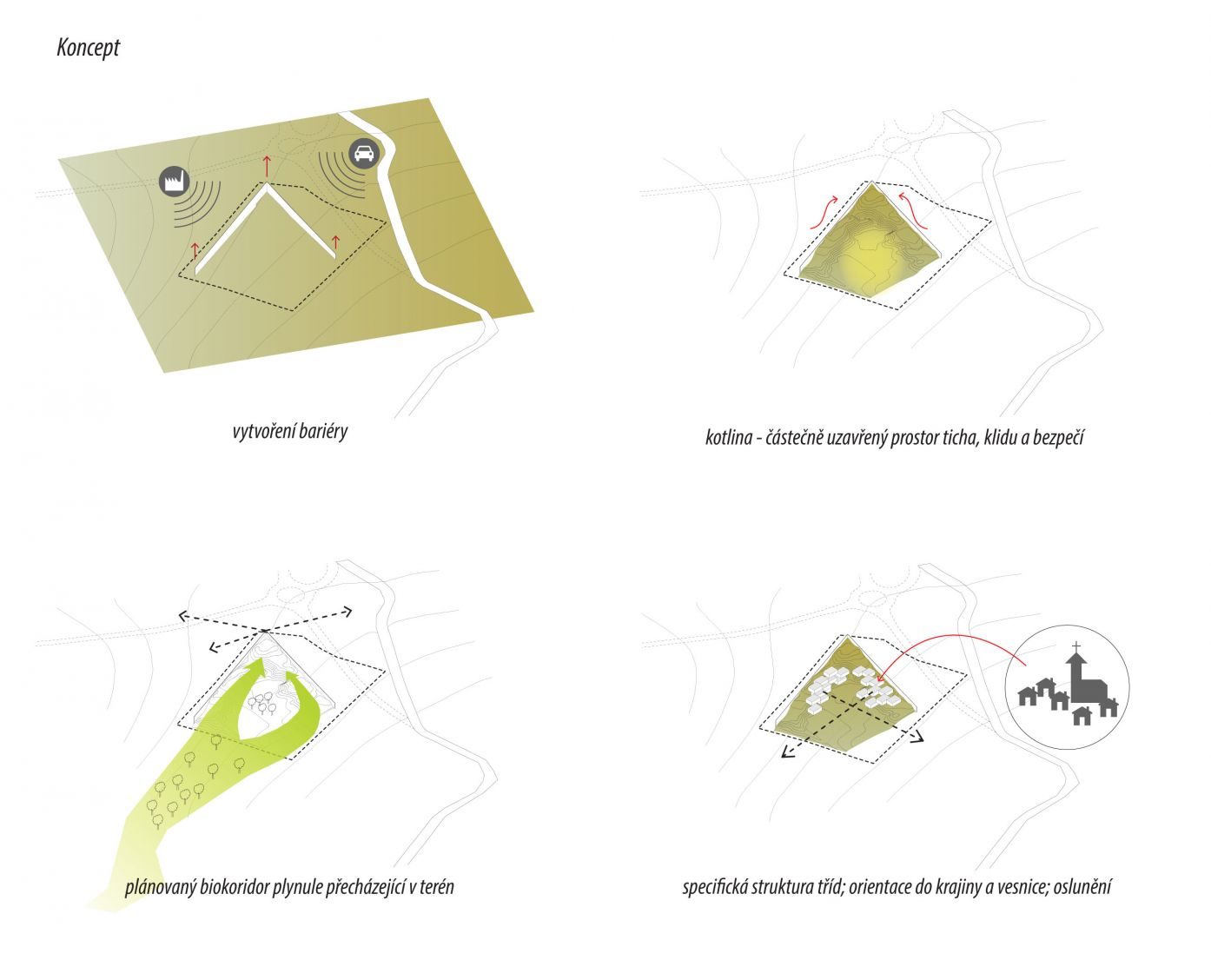 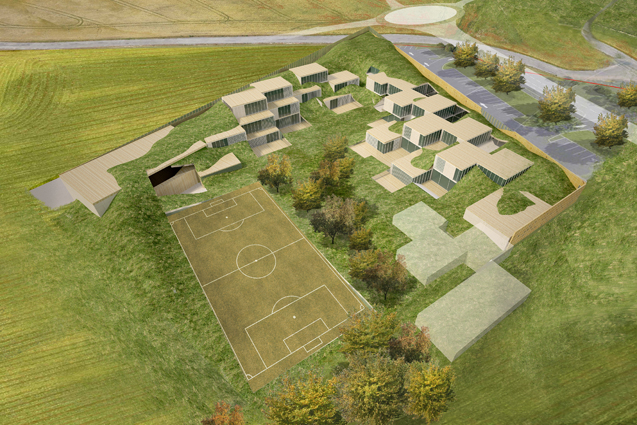 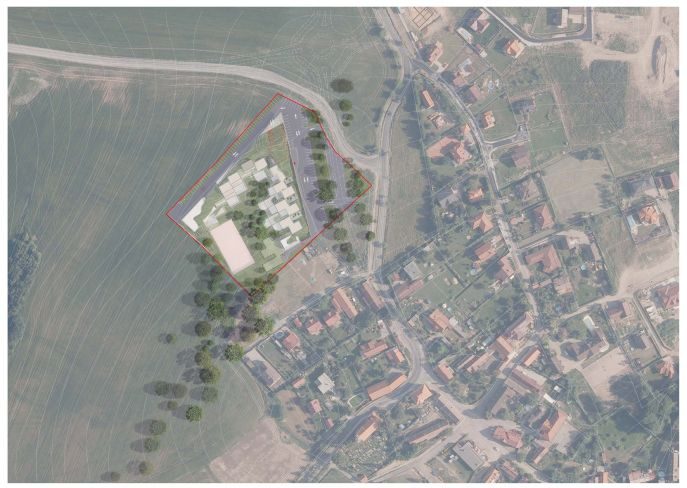 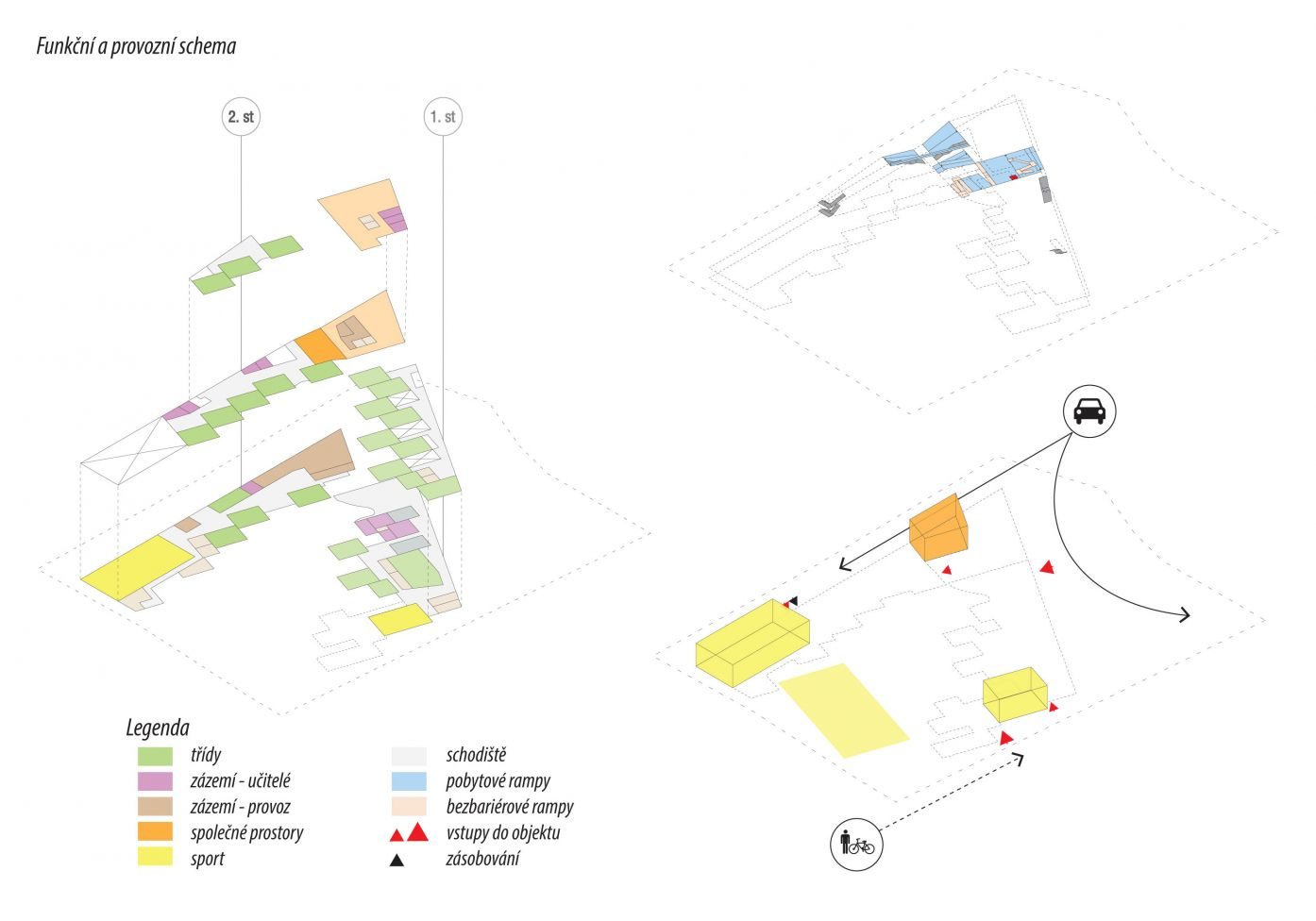 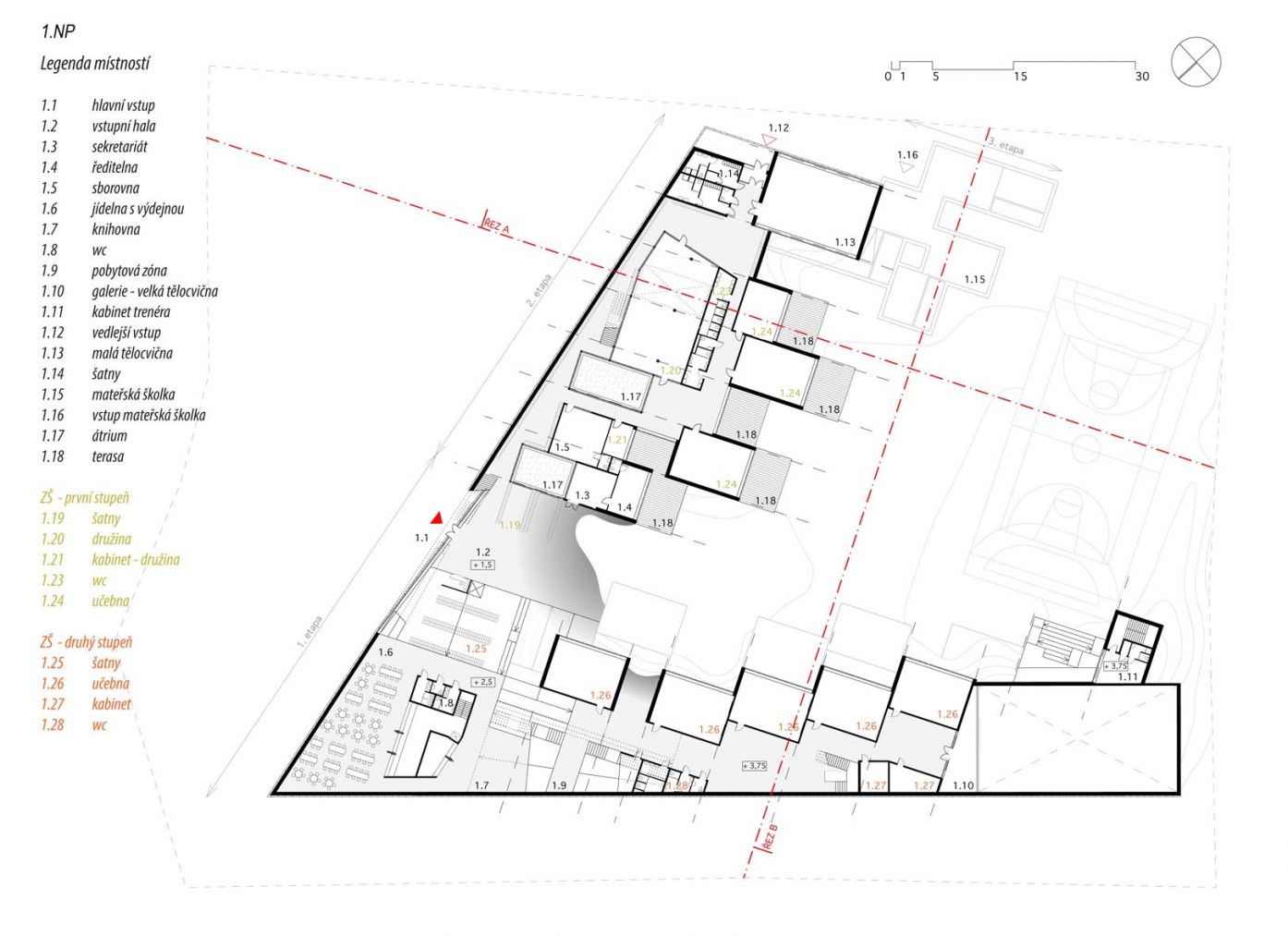 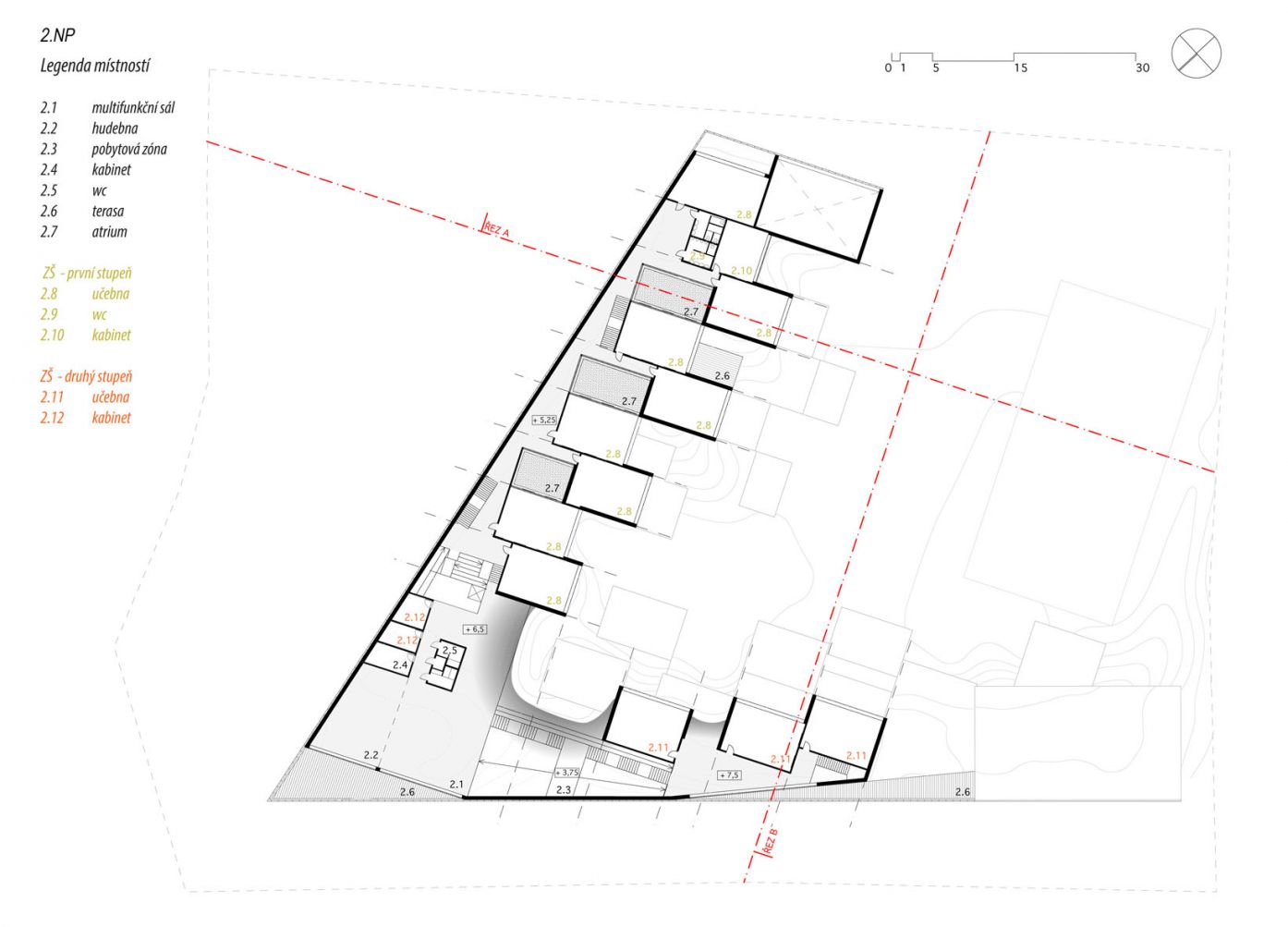 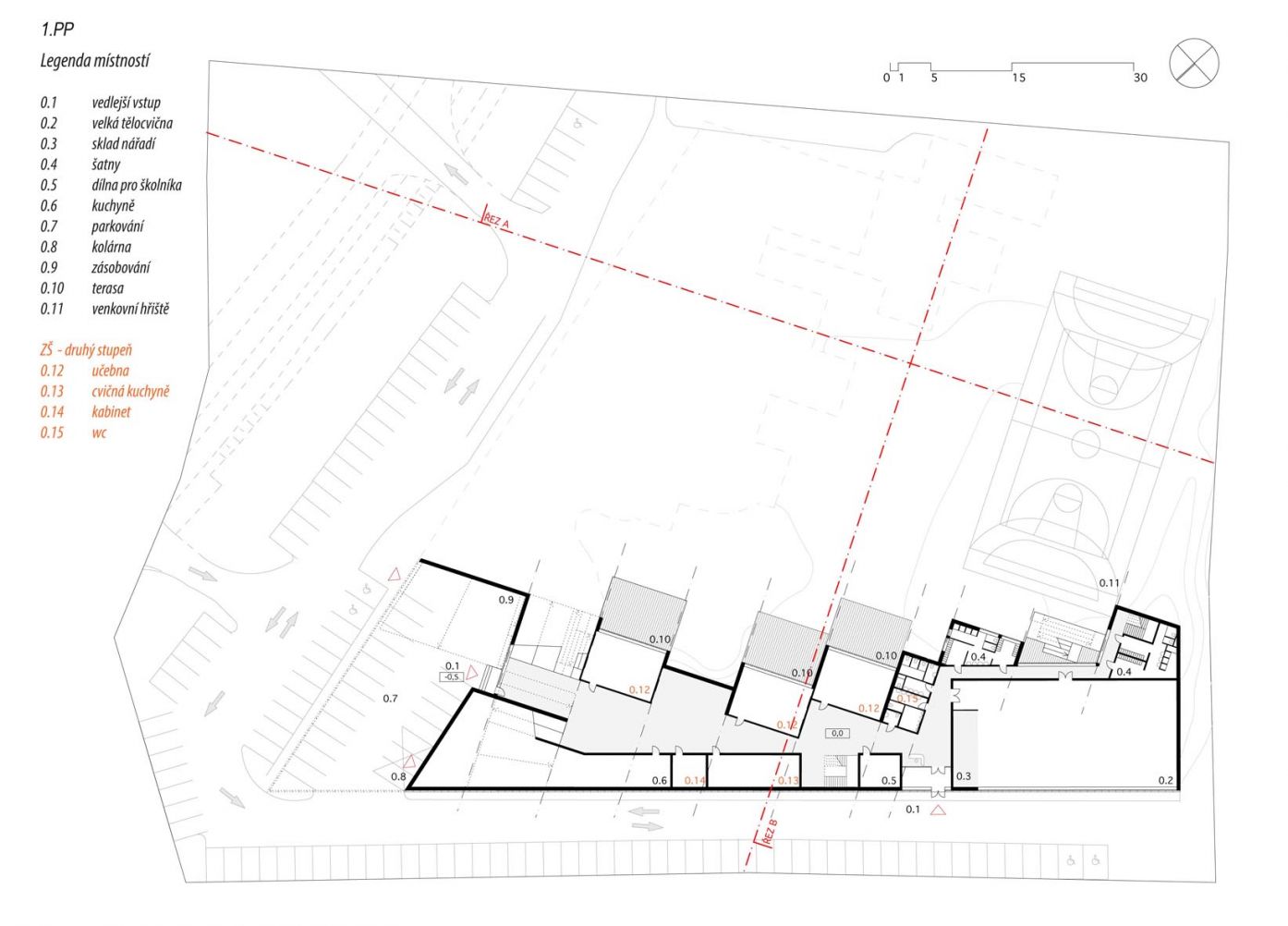