On the one hand, the design of the house reacts to the messy topography of the terrain (height difference, forest) and the not very fortuitous location of the plot in relation to the directions of the world (access street from the south-west). On the other hand, it is inspired by rhizomatic structures, one of the most important – for us – features of which is non-hierarchical. “Every point in the rhizome could and should be connected to another”. We perceive the forest in the same way; there are no primary and secondary directions, the number of connections is almost infinite and, although the tree itself has a structure that is absolutely opposite to that of the rhizome, we associate the forest as such nearly unreservedly with it.

The aforementioned inspiration mainly influenced the functional scheme of the house. We tried to design a house without a classic front and back (going to the main entrance we pass a lounge terrace), without an emphasized entrance to the building which would tend to establish a hierarchy (in fact, there are several possibilities of entering the building), without a clear definition where the building ends and the “forest” begins (patios becoming an element of interior arrangement and at the same time introducing the forest inside the building, hanging part of the building over the ground, bringing the garden under the building, covering part of the building with a slope, a vegetated roof accessible by external/internal stairs, an underground patio becoming part of the gym, and finally trees ‘cutting through’ the space of the house).
As far as the influence of the rhizome on the form of the building is concerned, on the other hand, it ends where the form ceases to help in the functioning of the above-mentioned scheme (e.g. the blurring of the border between inside and outside is strengthened by the ways in which the window openings are shaped). What is important, in turn, is its lack of influence in the semantic or symbolic layer. The project does not attempt to comment on or represent the rhizome. What is important is what the project makes possible, not what it shows (what it says). 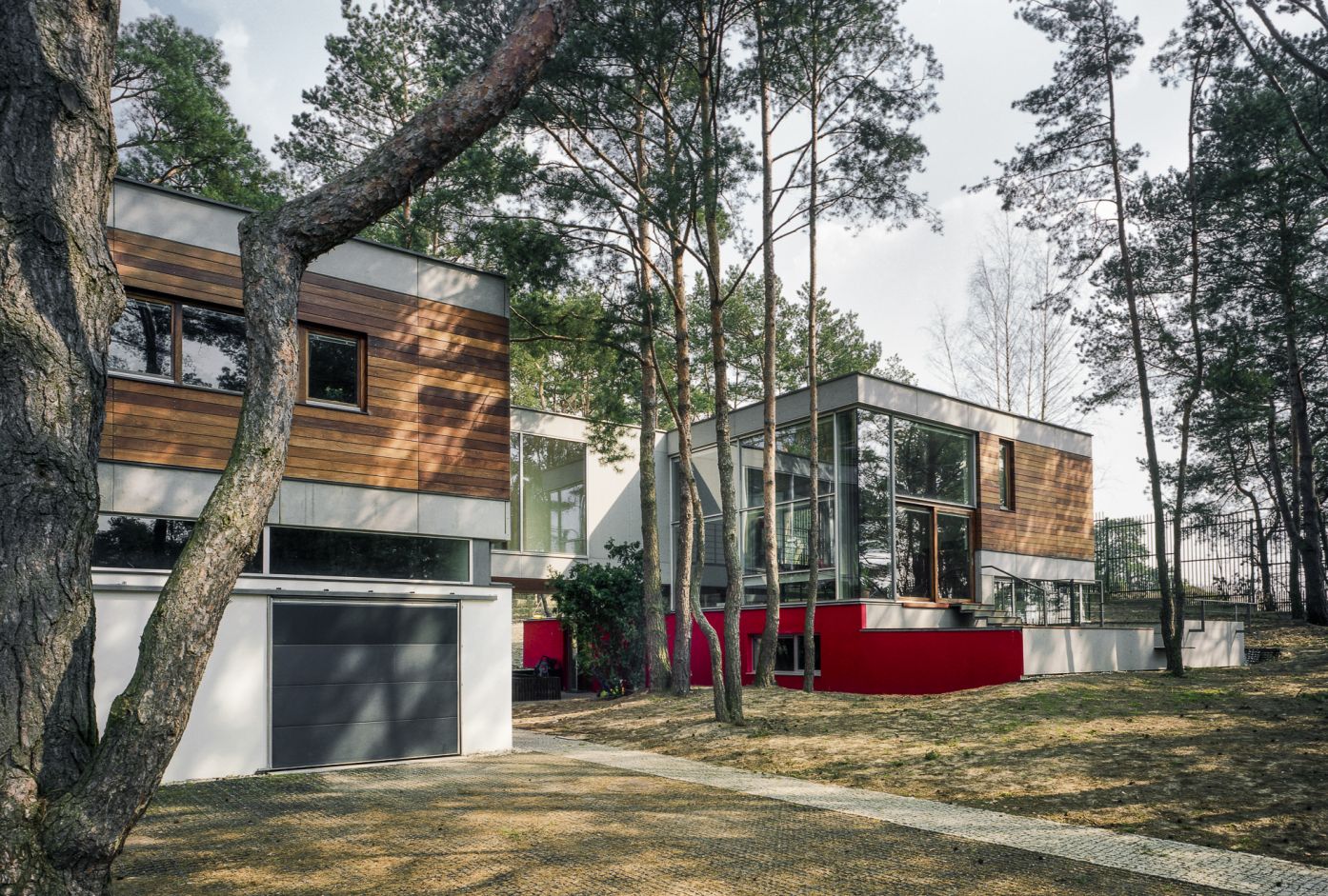 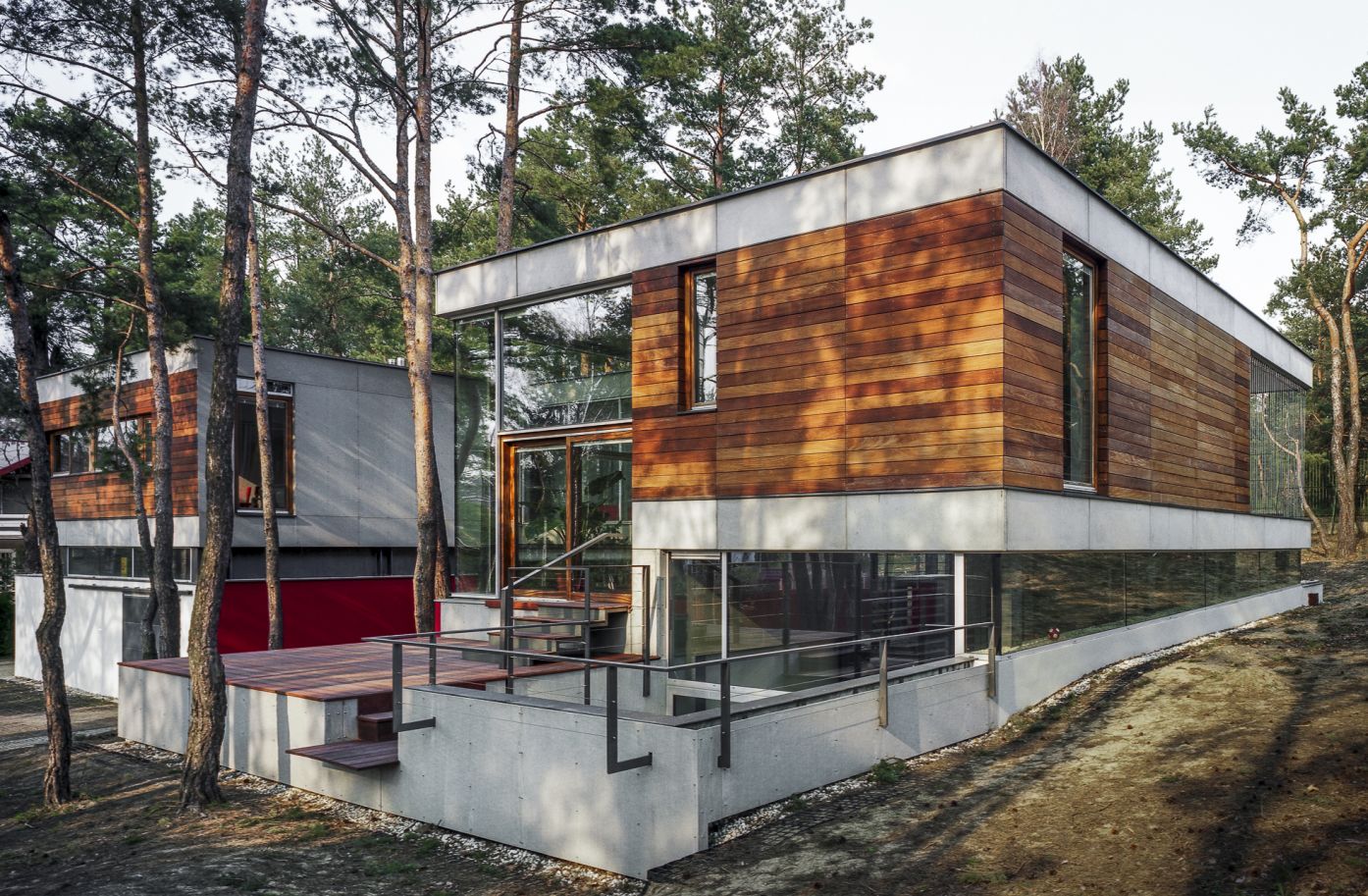 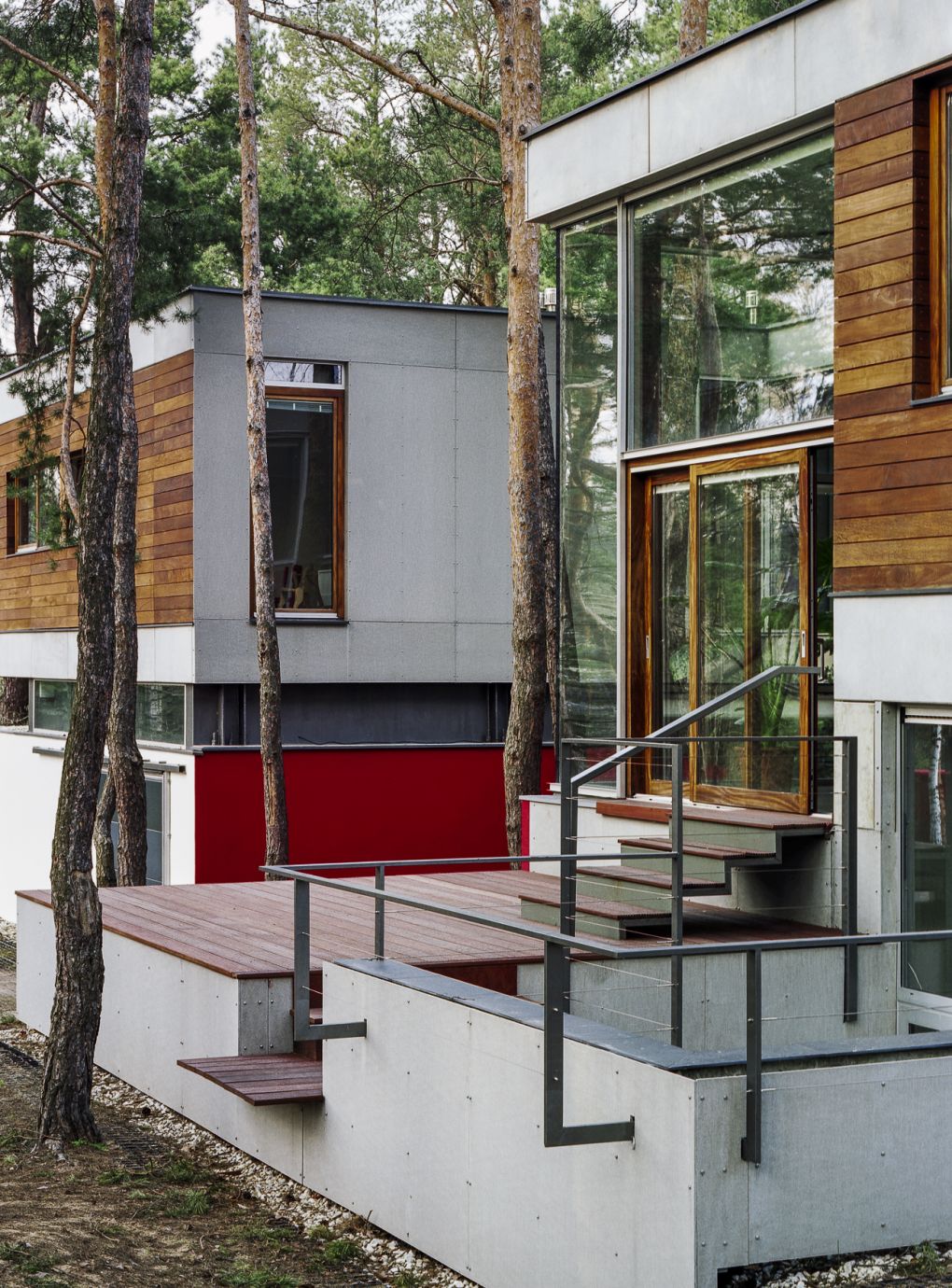 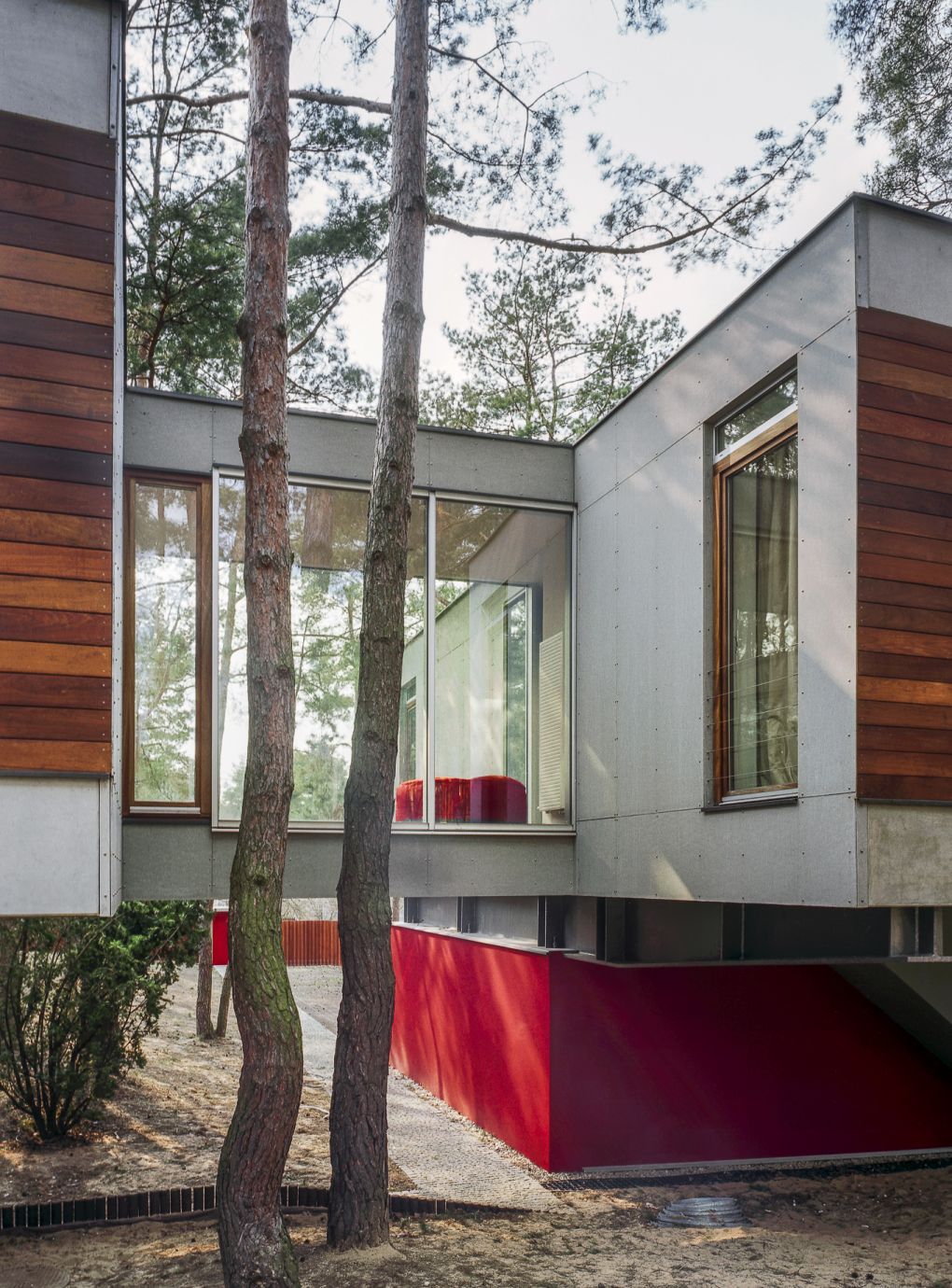 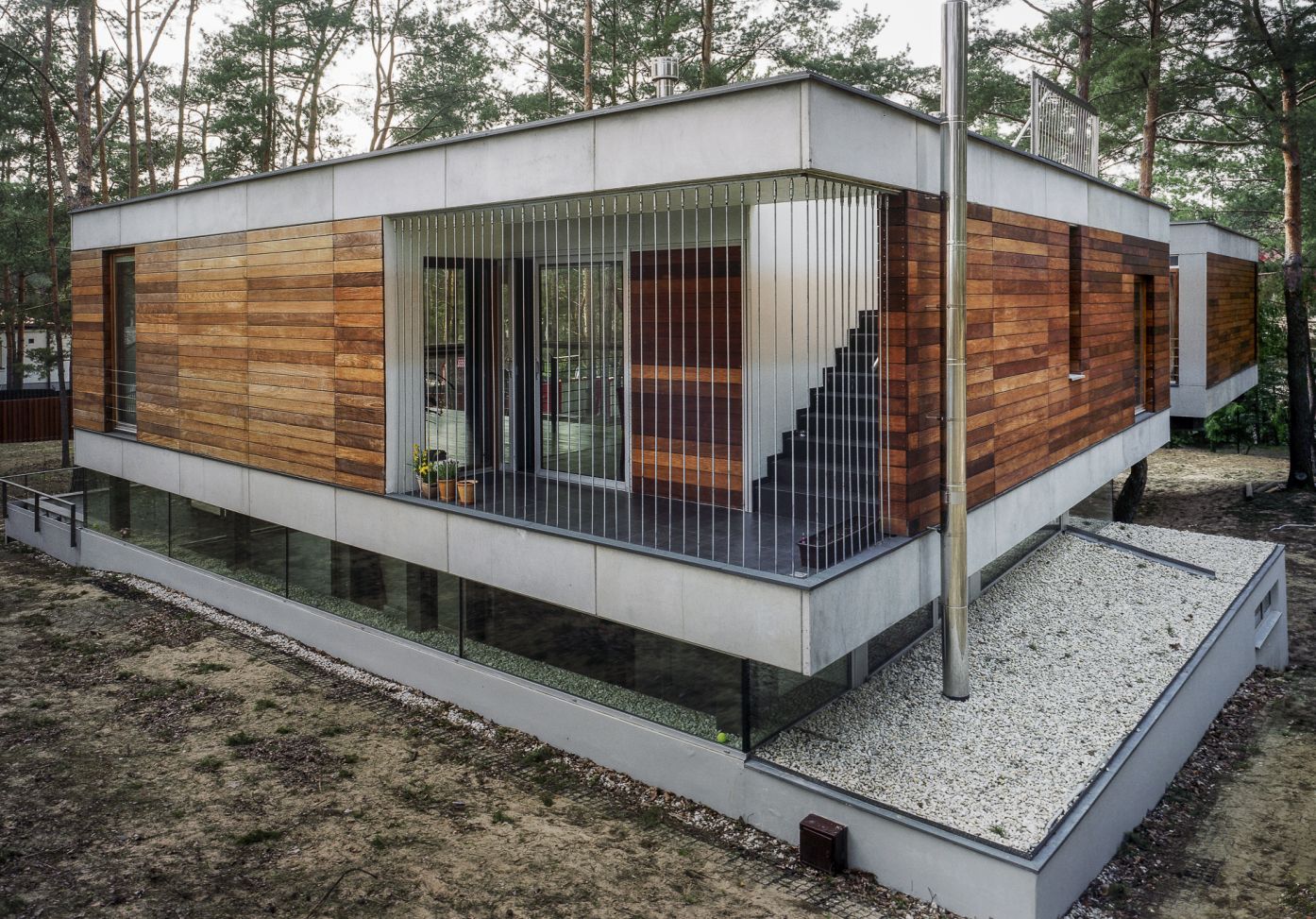 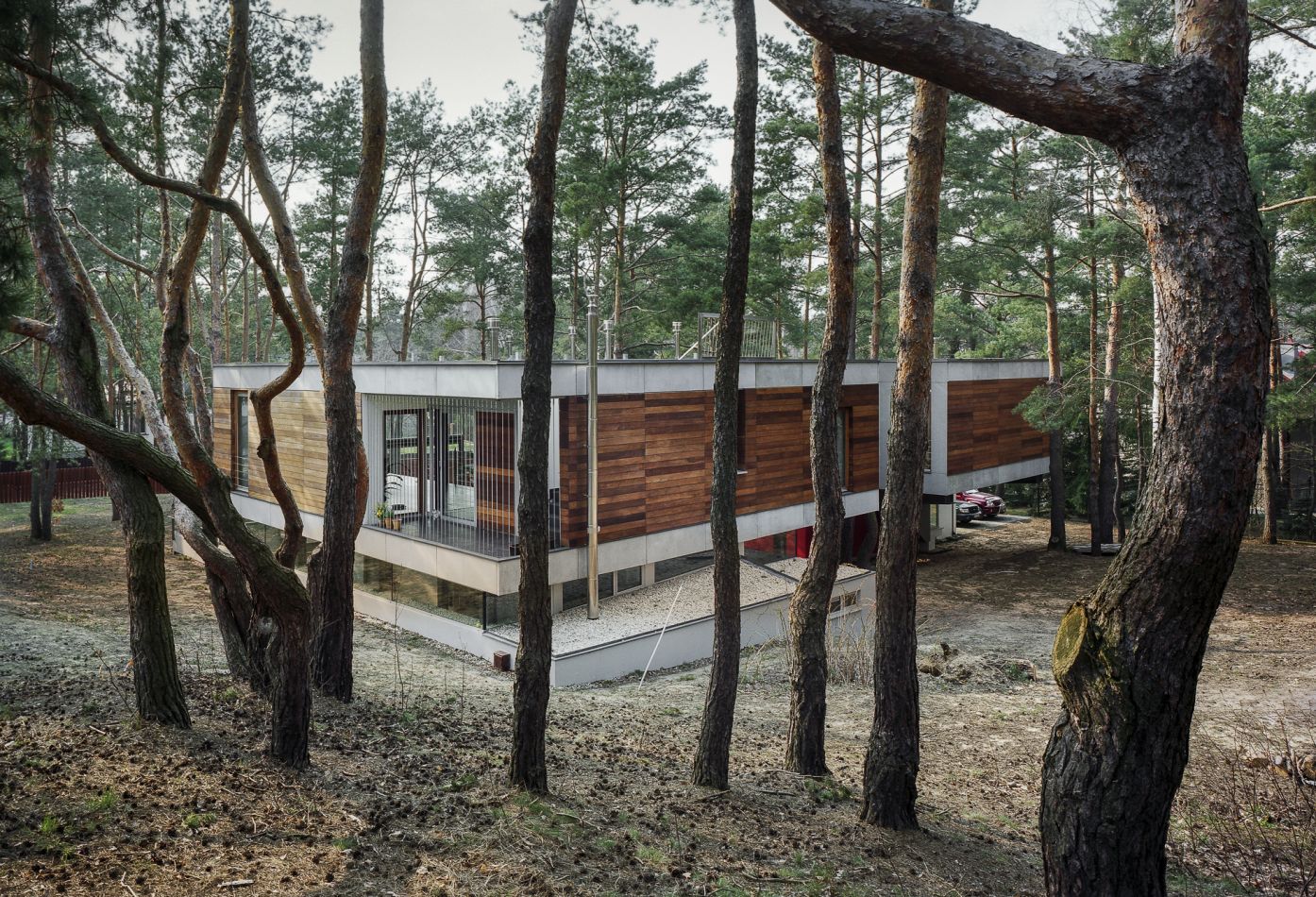 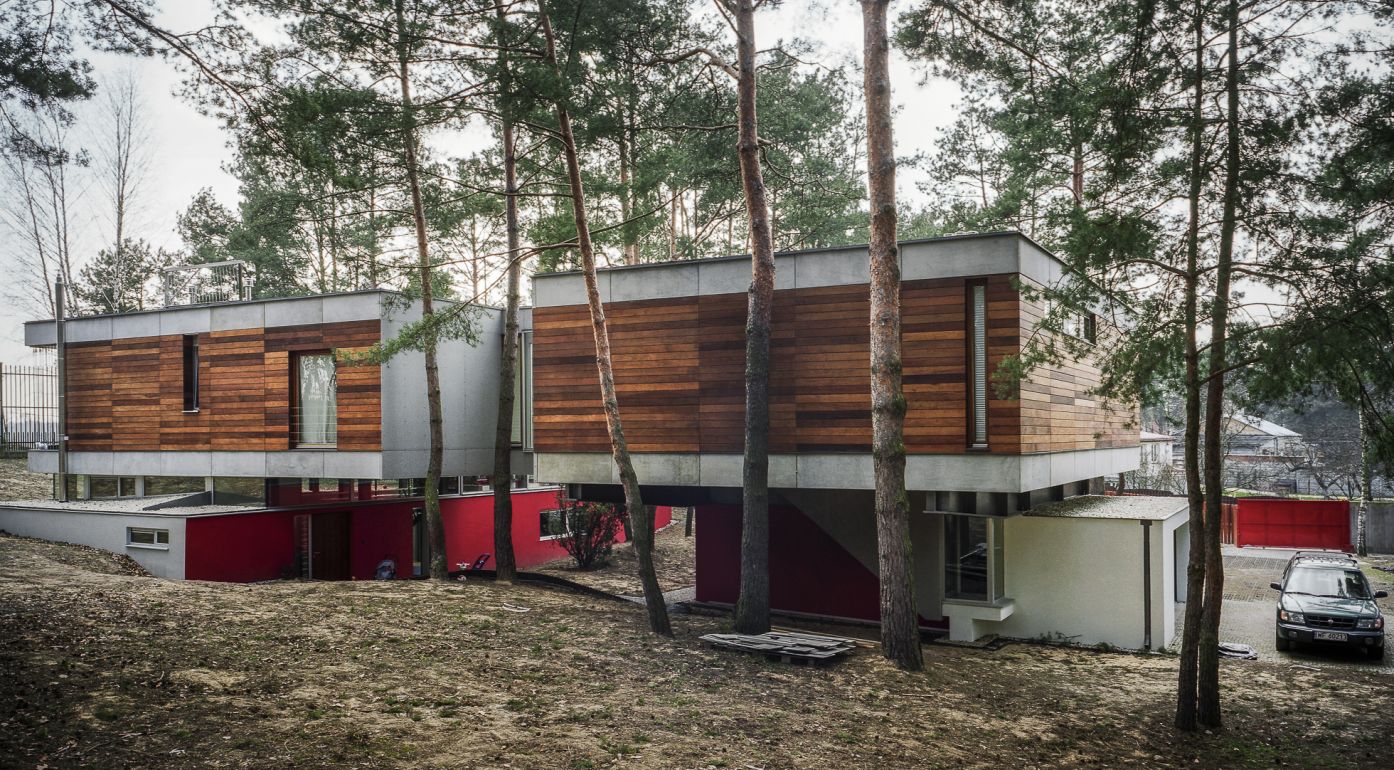 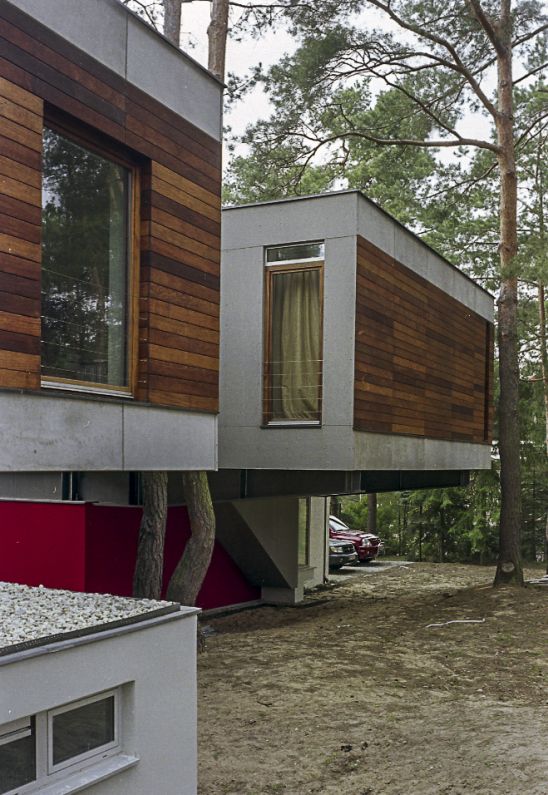 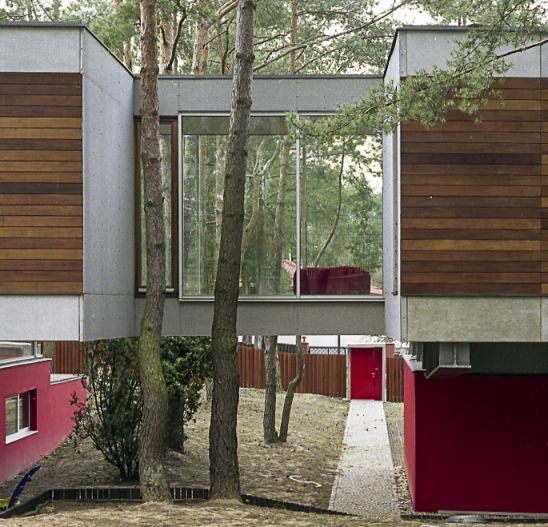 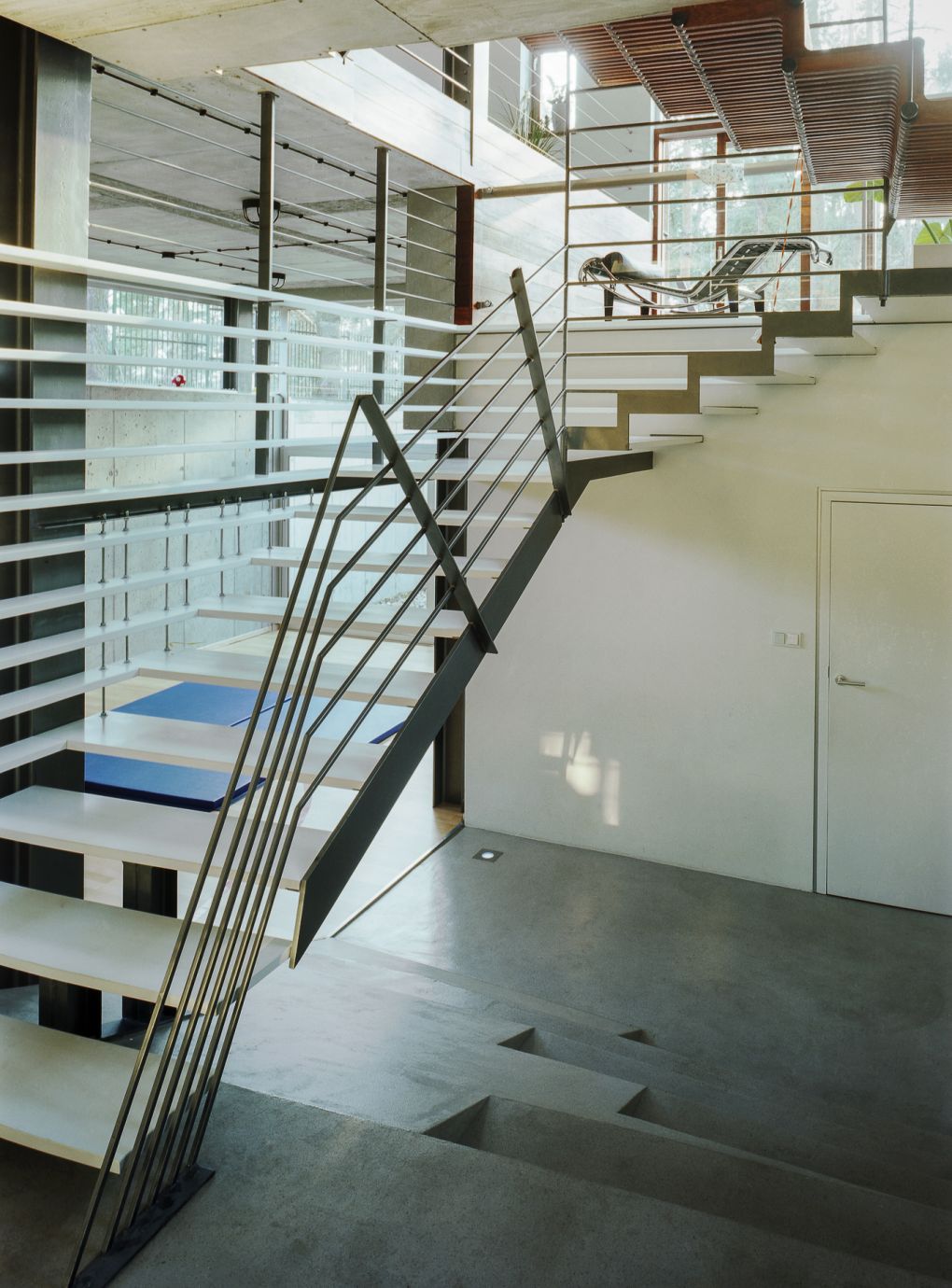 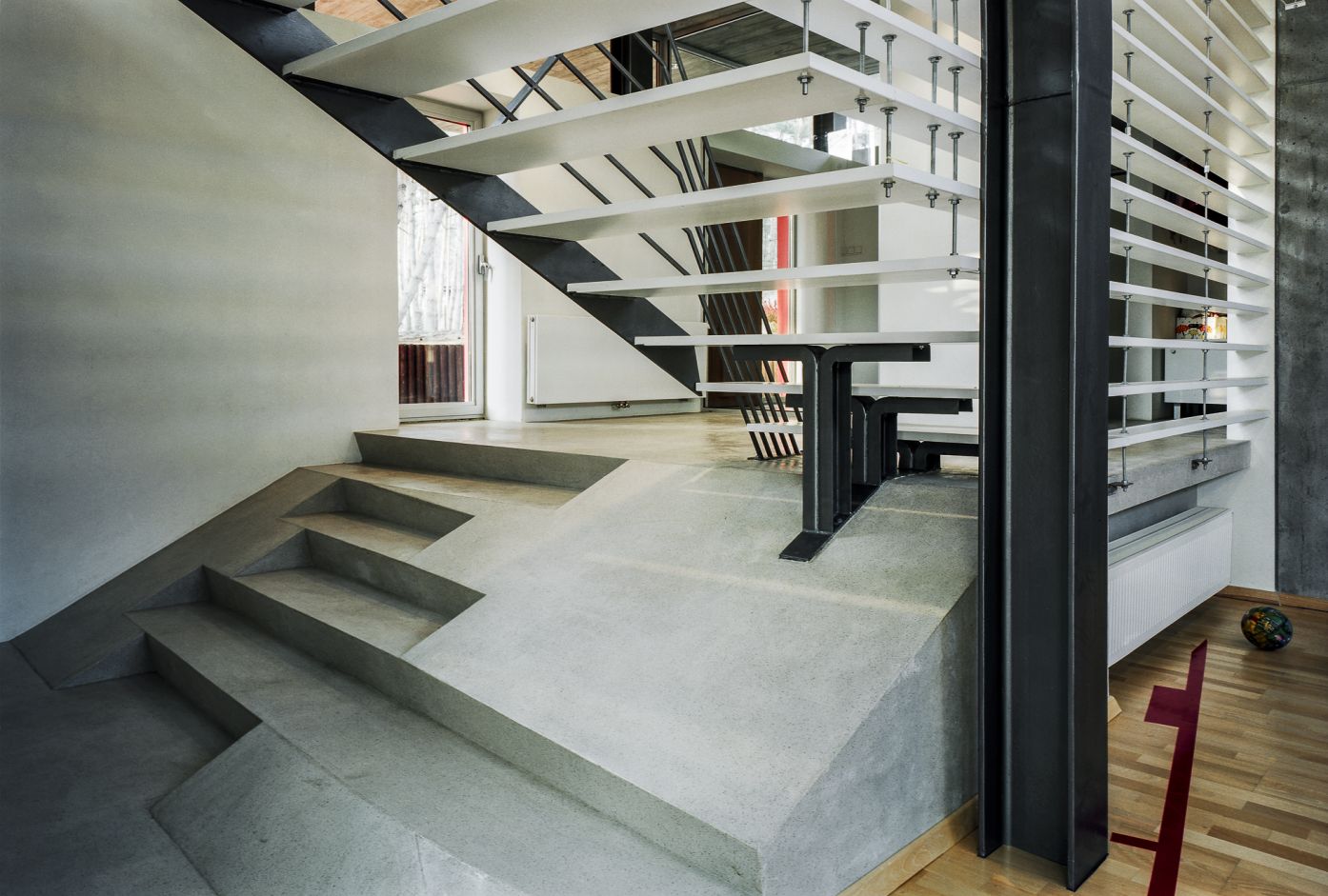 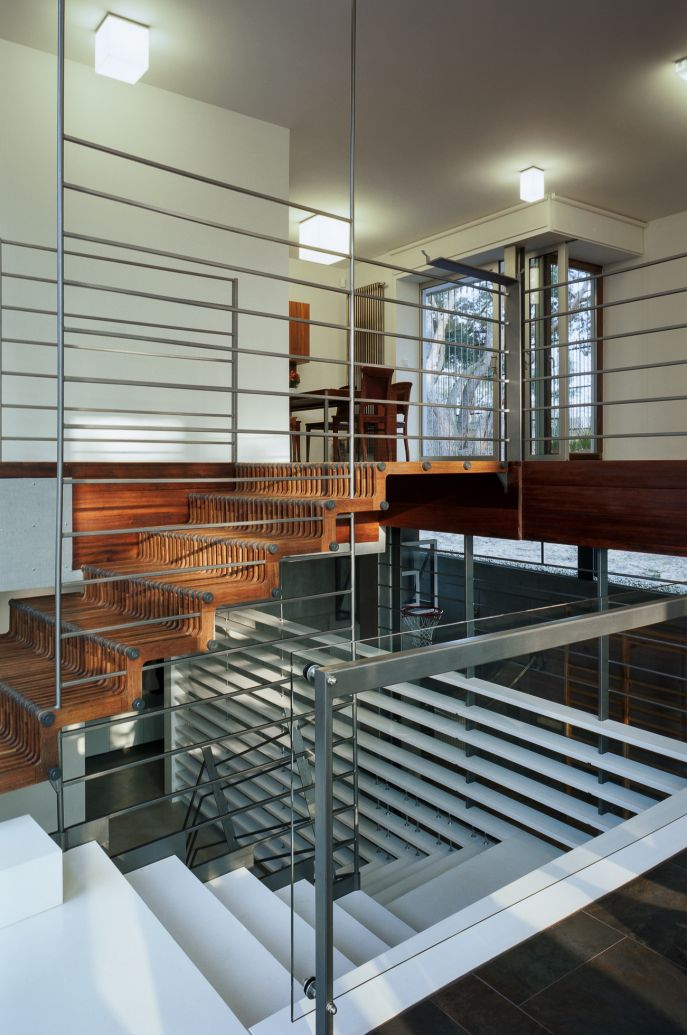 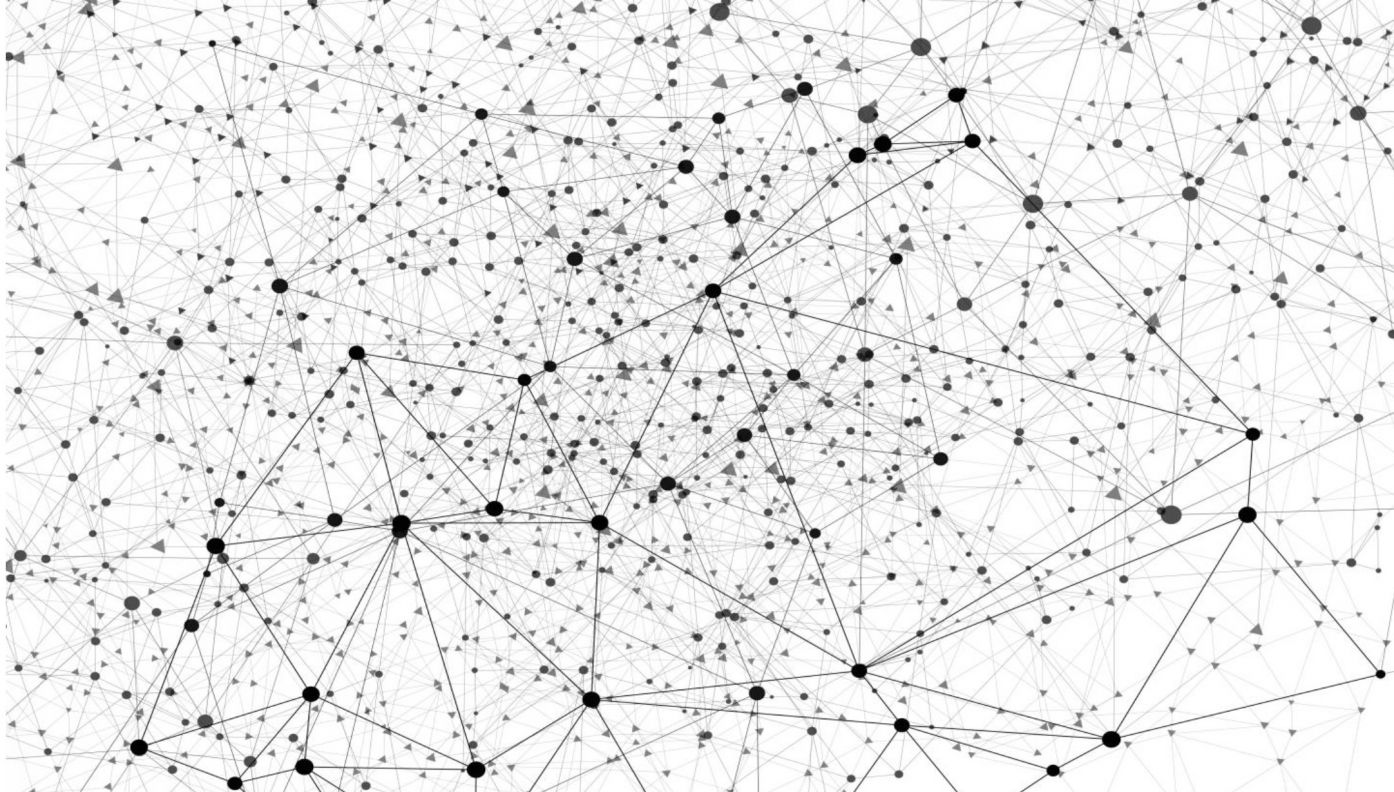 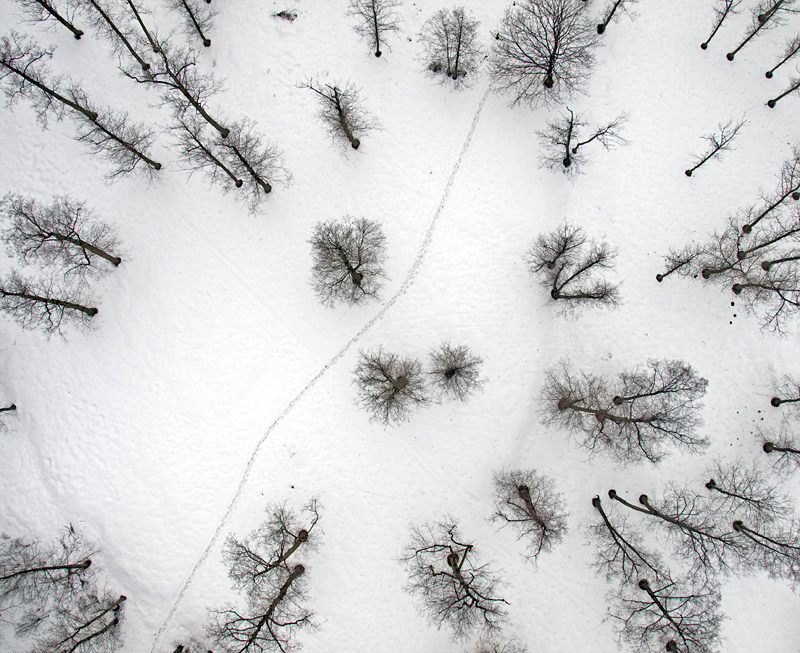 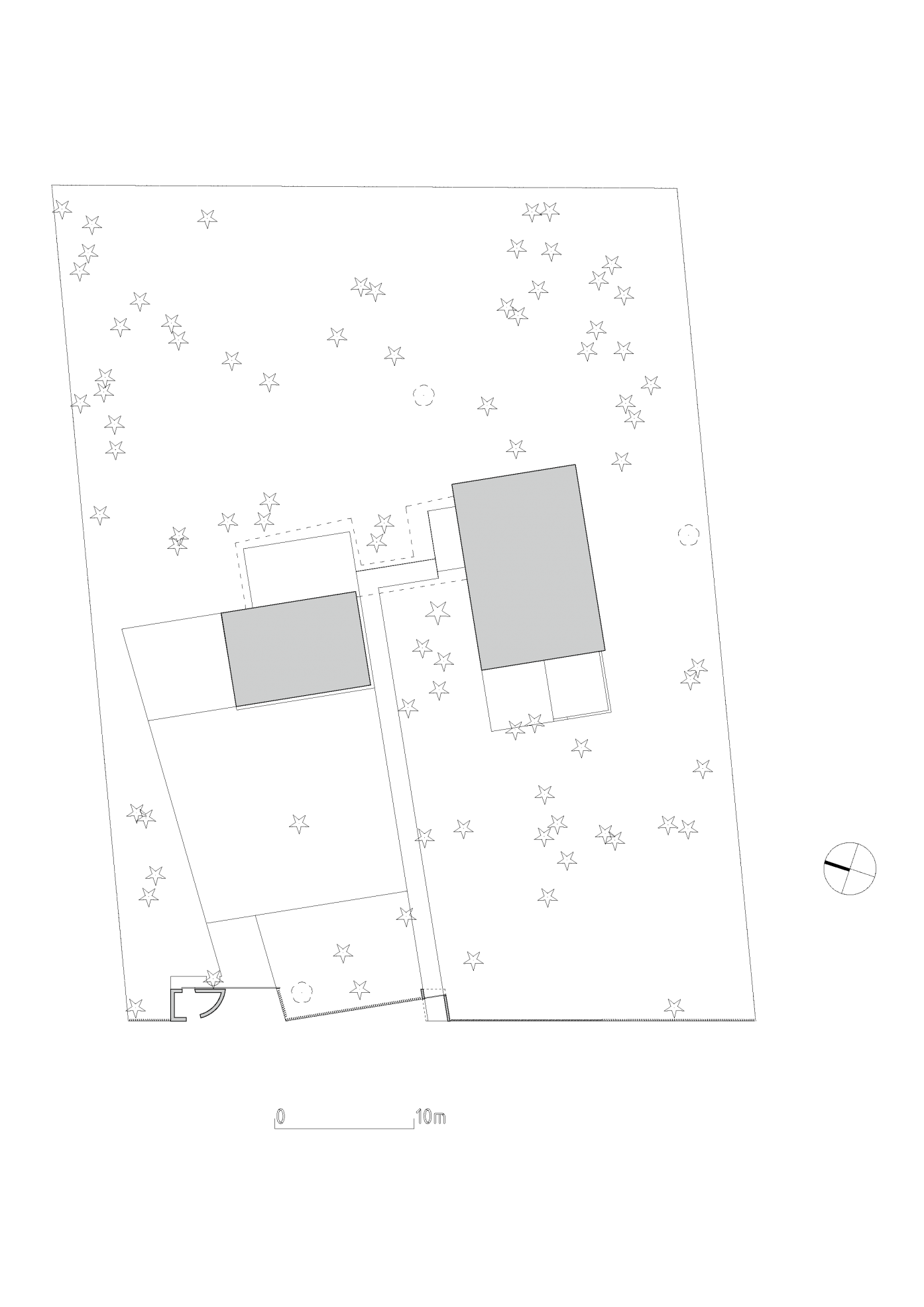 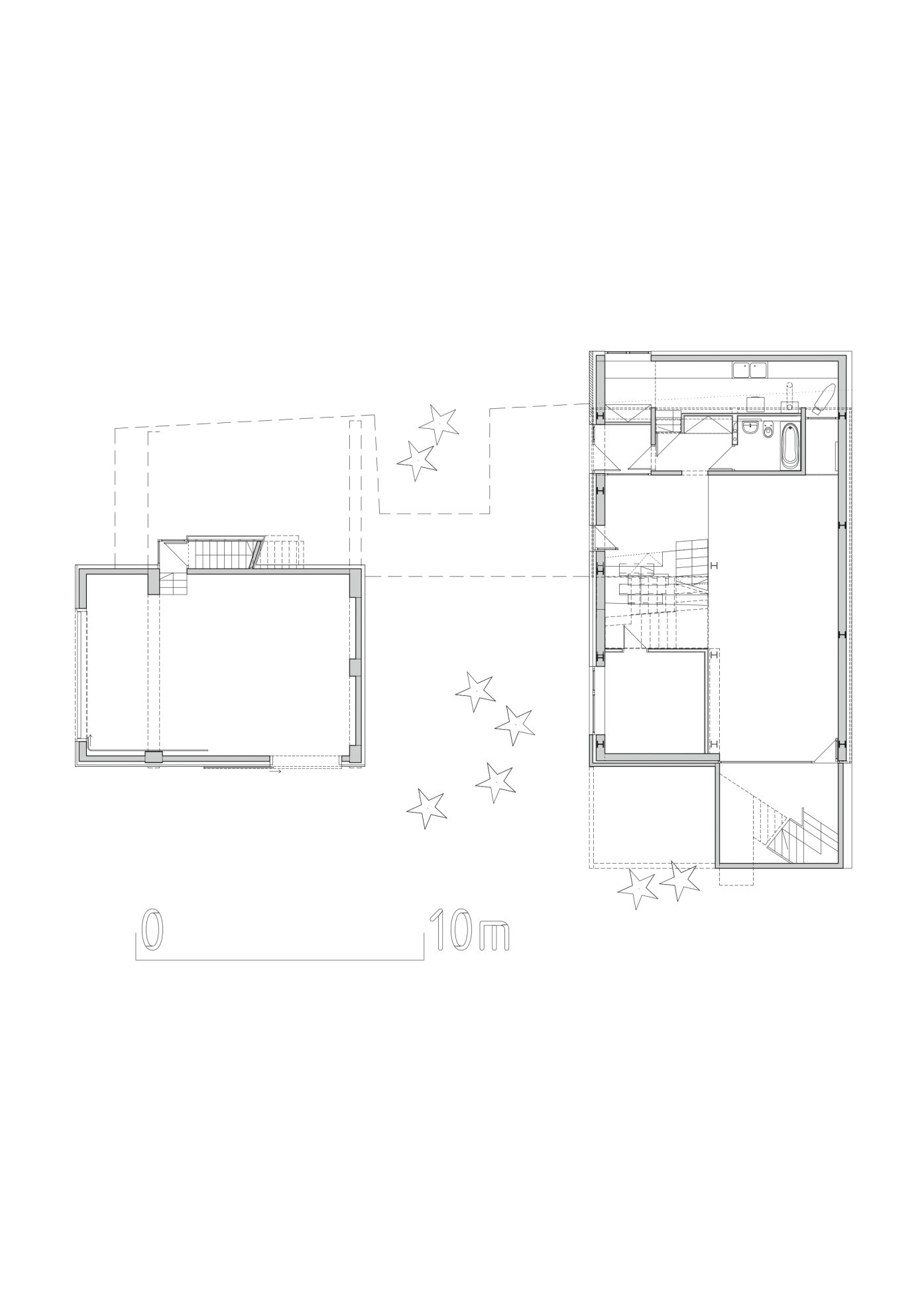 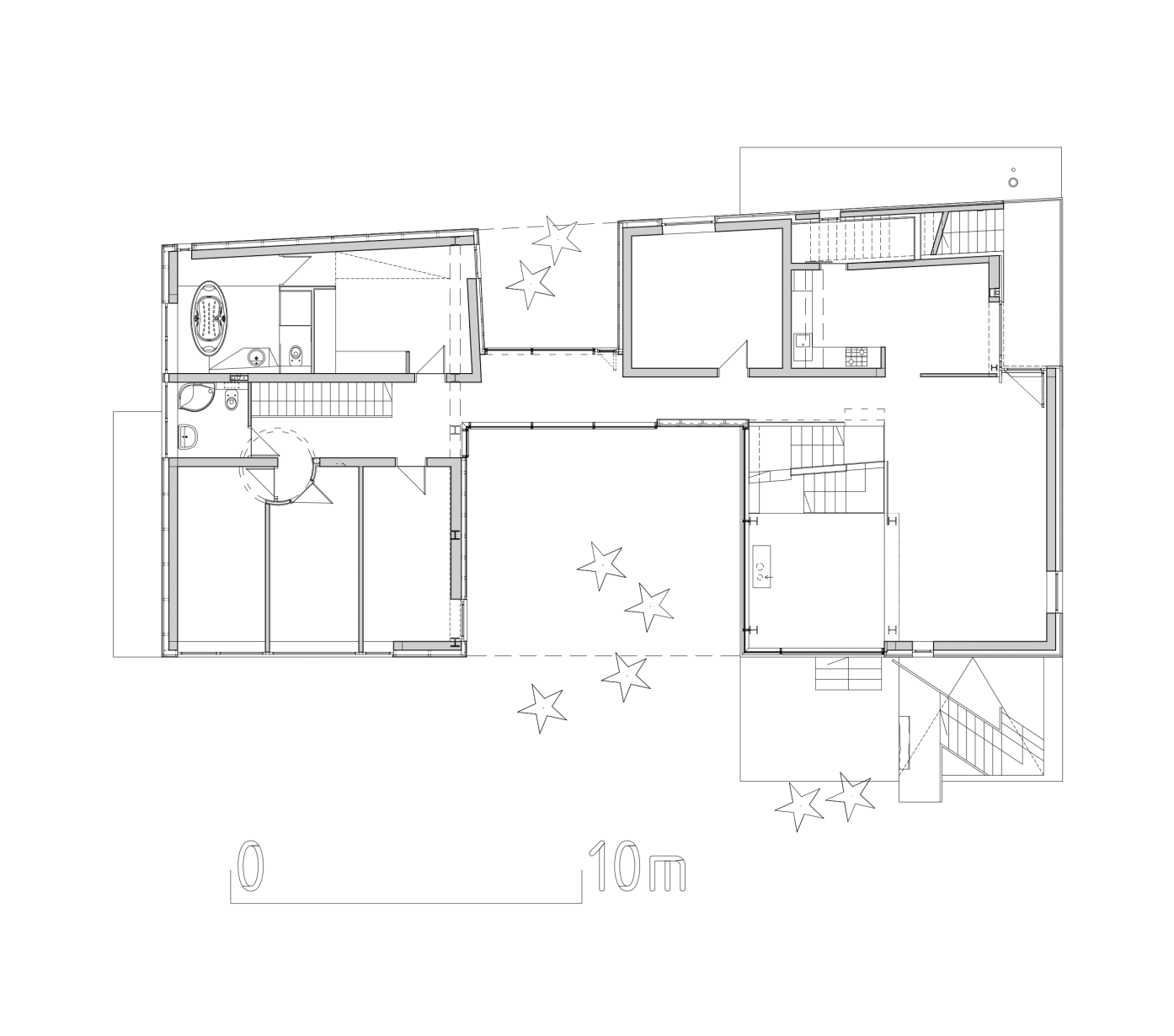 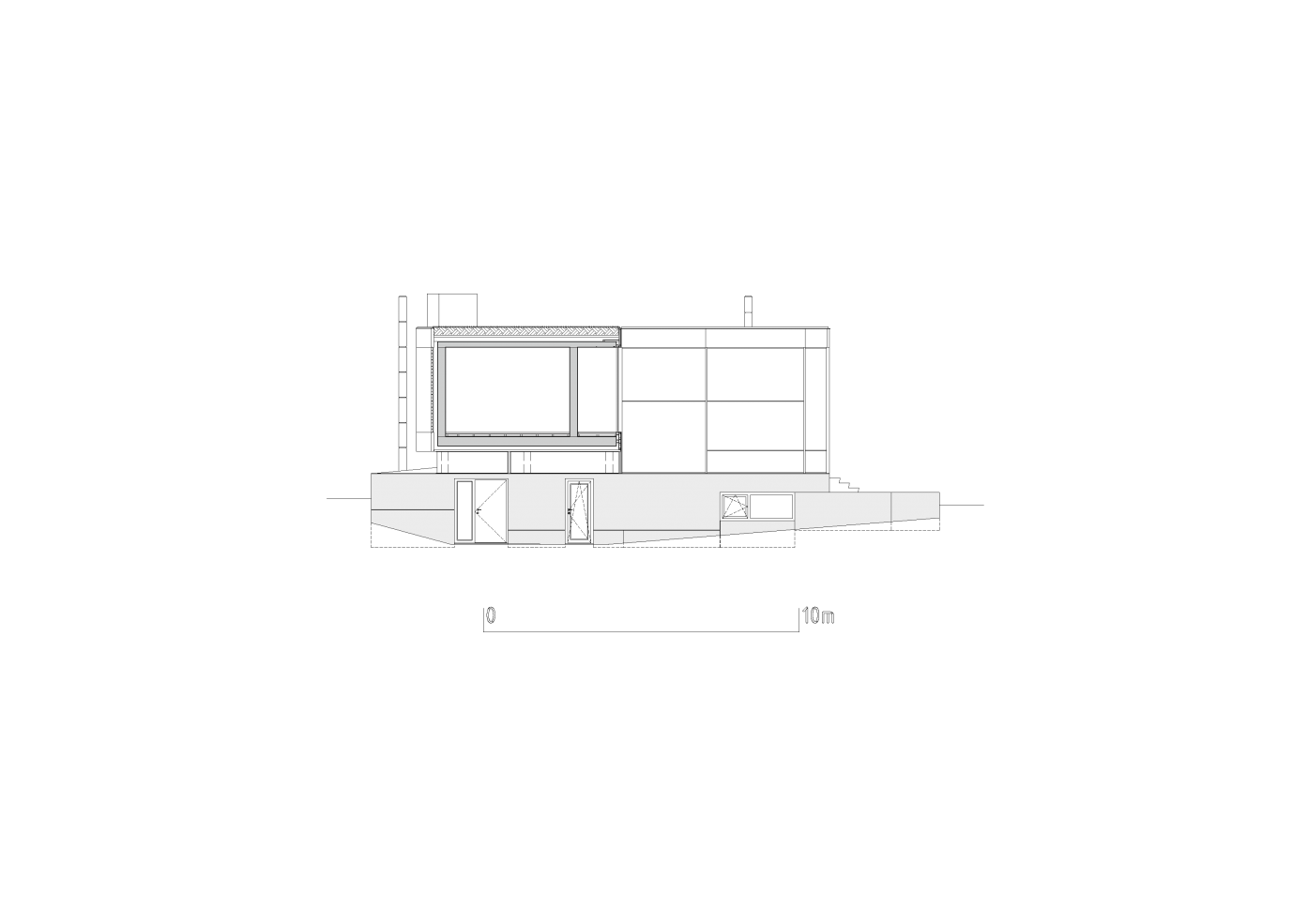 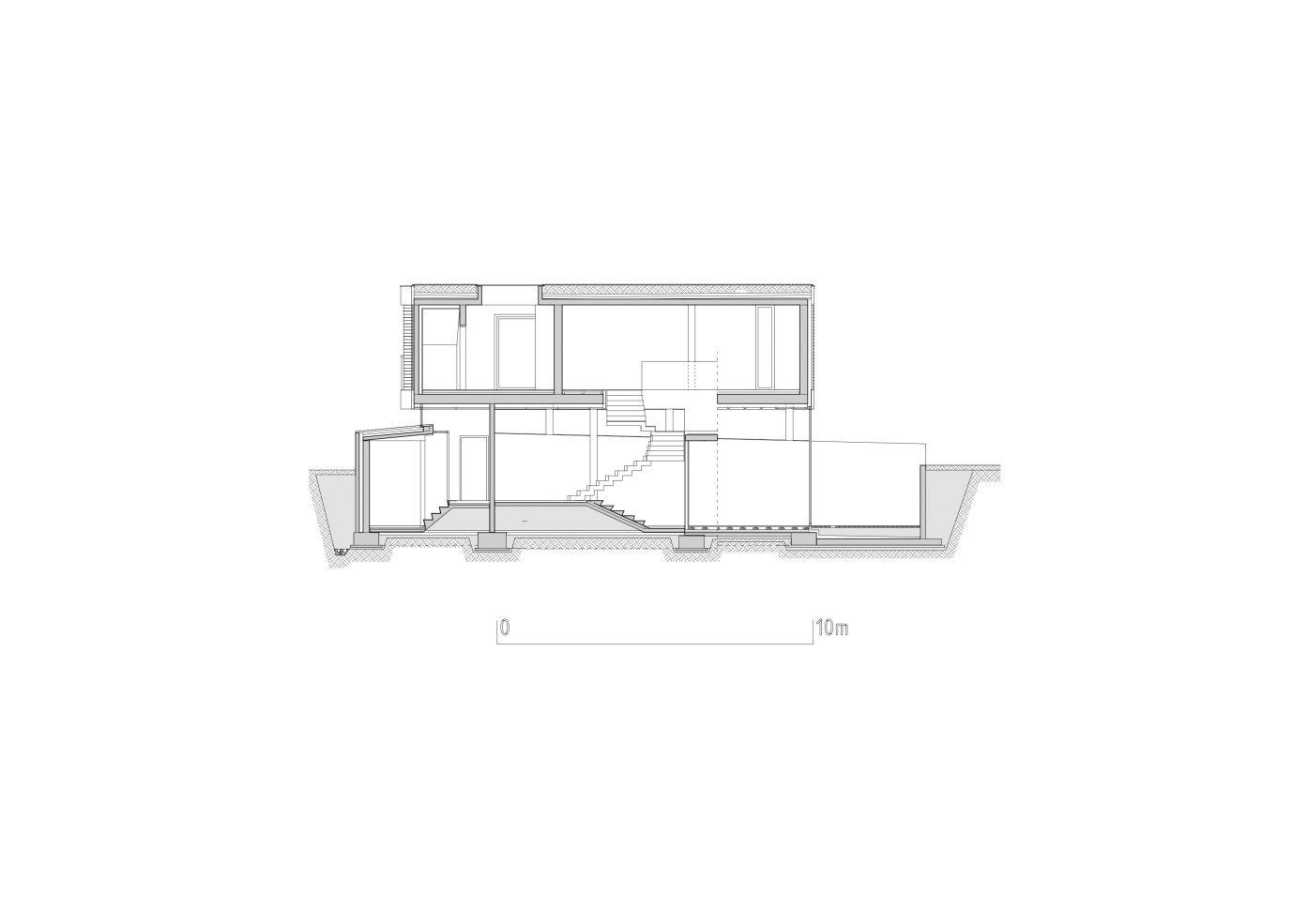 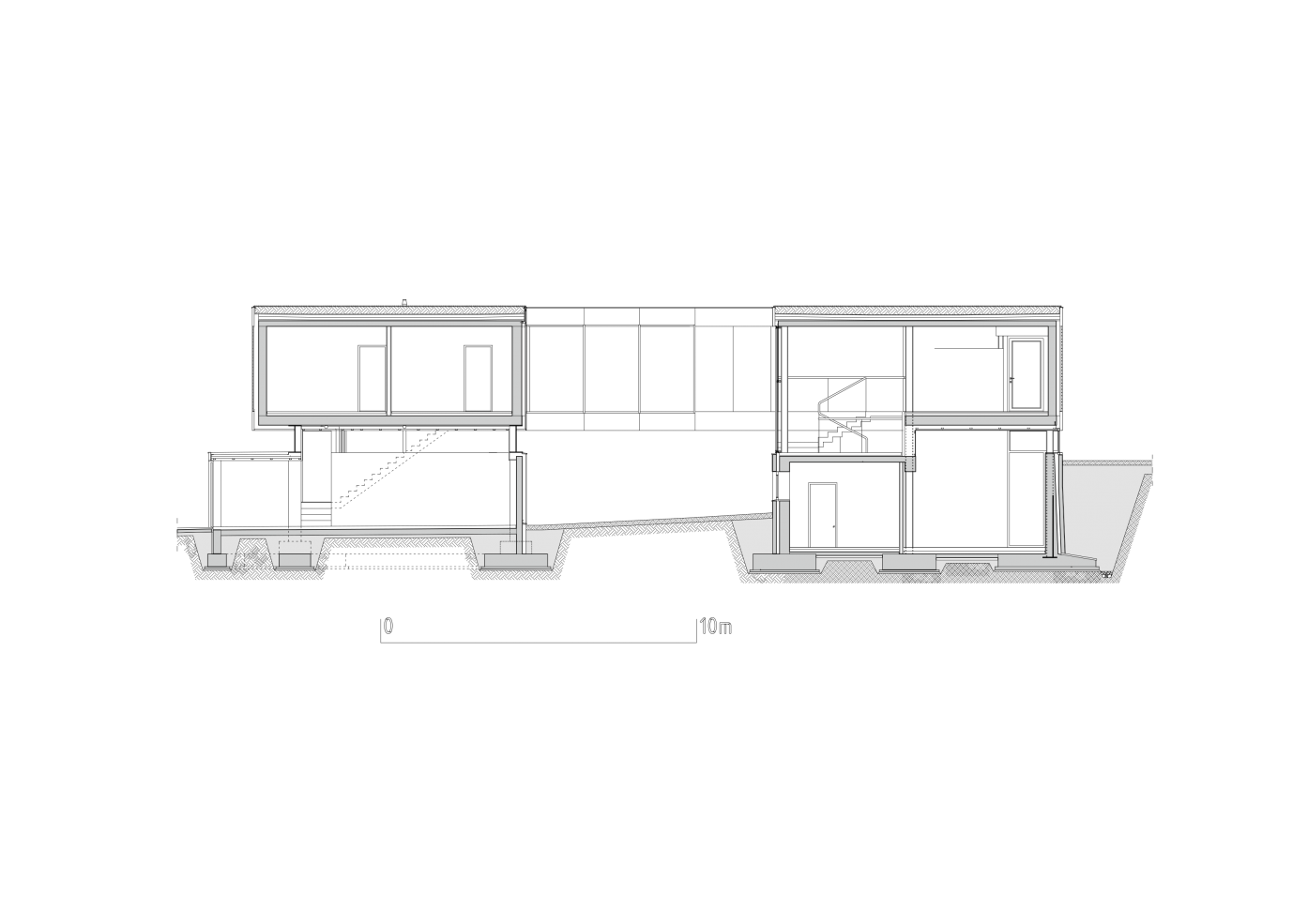